As part of its centennial celebration, Domtar’s Kingsport mill will hold a number of special events and philanthropic efforts. The Kingsport mill was a key proponent of the Regional Center for Advanced Manufacturing and the Kingsport Higher Education Center. In addition, the company has contributed more than USD 5 million to the community in the form of land, financial donations and labor for numerous recreational and social efforts.

The mill is kicked off its year-long commemoration by donating 5000 pounds of copy paper to The United Way of Greater Kingsport and 30 of its member agencies. Additional activities and events will be announced throughout the year.

The Kingsport operation began in 1916, when local businessmen constructed the mill, known as the Kingsport Pulp Co., to process fiber from a wood alcohol extract operation. Although the mill changed hands multiple times over the years, each of its owners made continuous investments in the facility and its operations.

In 1972, under the Mead Corporation name, the Kingsport plant operated five paper machines, one of which was considered to be the fastest in the world. After being acquired by Willamette Industries, the mill underwent an upgrade in 2000 to make it more environmentally friendly and energy-efficient. In 2002, new owner Weyerhaeuser invested $475 million to install a new uncoated free-sheet machine, recovery boiler, and bleached hardwood pulp line ― essentially rebuilding the mill, and making it the newest and most modern paper facility in North America. At the time, the upgrade represented the largest single capital investment ever made in the history of the state of Tennessee.

In 2007, Domtar took over the Weyerhaeuser Fine Paper group, and in 2011, the mill received the Governor’s Environmental Stewardship Award for its voluntary solid waste reduction efforts, making it the first integrated paper mill in 15 years to receive this recognition.

Today, the plant has the capacity to produce nearly 420,000 tons of paper and more than 300,000 tons of pulp annually. The Kingsport mill and the Ridgefields converting facility employ 390 people, making Domtar the city’s third-largest manufacturing company. Domtar has also been responsible for creating an additional 750 indirect jobs in the area and has an estimated regional economic impact of $190 million per year. 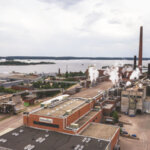 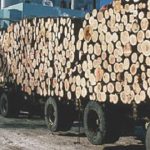