The industry employs some 2.1 million workers and contributes up to USD 6 billion in foreign exchange

The Indonesian government is reviewing to give tax incentives to the paper industry. Trade Minister Saleh Husin said the paper industry has high local content, as it employs some 2.1 million workers and contributes up to USD 6 billion (Rp81.9 trillion) in foreign exchange.

“We have a chance to become one of the top five players in the global paper industry,” Saleh said at the President’s Office on Tuesday, February 2. Minister Saleh said that Indonesia’s paper industry ranks 9th globally and that to move up in the list, a tax incentive is needed – especially for downstream products such as packaging paper, printing paper, books, and household-use paper goods.

He said that the government has given a tax relief for the upstream paper industries such as pulp producers. “Associations are asking for encouragement in the downstream sector,” he said.

Airlangga Hartarto, president director of PT Fajar Surya Wisesa Tbk, said one of the paper industry’s problems is the expensive prices of raw materials. Producers are not only using raw materials gathered from Indonesian forests, but also imported waste paper. Since waste paper is categorizes as hazardous and toxic waste, the industry must spend extra money.

“It makes the paper industry become less competitive,” he said.

Therefore, Airlangga said that the government should also give the paper industry a relaxation in the implementation of the wood verification and legality system (SVLK). Constant changes in the SVLK system, he said, complicate the exports of wood and wood products to Europe, thus lowering the national industry’s competitiveness. “We are being charged USD 2,000 per container,” he said.

Sometime ago, Liana Bratasida, the Indonesian Pulp and Paper Association’s executive director, said that the Trade Minister’s regulation on the imports of forest goods is hampering and complicating the import of long-fiber pulps, which are used to make paper. The rule mandates importers to have a number of certificates related to the imported pulps. 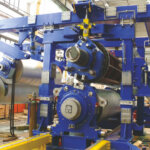