“APP wants to capture some percentage of growth in the Indian market, without displacing the local industry” - Papermart
FacebookTwitterLinkedinYoutubeEmailWhatsapp

A Brief about APP

At present APP manufactures 13 million tons of paper comprising of 3 grades i.e. writing & printing, industrial and tissue paper. Out of the total paper that we produce W&P surround 6½ -7 million ton for which we consume about 65-70% of the hardwood pulp, which is met by our own captive plantations simultaneously we source our softwood pulp from Scandinavian & North American countries. Recently, we did some acquisitions of small mills in Europe for our softwood pulp requirement and to lower our dependency on the open market. We have started producing little bit of mechanical and softwood in Hainan too. Lately, APP ventured into a greenfield project in Indonesia with the capacity of 2 million tons and we have enough forest to support that. Ever since we acquired Indah Kiat in 1986 we have been planting trees and have enough forest cover to support our production capacities. To increase our pulp capacities further we are using the different techniques to boost our per hectare yield of wood by 20-25%.

Thought on over capacity

I would say the market has over capacity, but in W&P paper only. This is not because of the additional machines or the additional capacities that has been added. The main reason is that the market in Western Europe and North America is shrinking. Chinese and the Indonesians can’t export to North America and Chinese can’t export to Western Europe, so the panic button is pressed in Asia. And, the over capacity is only in coated paper and not in wood free uncoated as it is still balanced. People have the temporary phenomenon of getting worried and stop buying. The total world consumption everyday is 1.3 million tons and if you don’t buy for let say 30 days than 39 million tons is what you have for the disposal, so panic situation is created.

The graph of W&P paper seems to be going negative and I am talking about the whole market growing at -1.8%. By 2020 it will come down to 105 million tons or 100 million tons from the existing 125 million tons because market in western world is shrinking and the only area where it is growing little bit is Asia. Industrial paper is doing okay and growing at rate of 2-3%. The other item, which is doing very well in the world today is tissue paper. The global consumption is about 30 million ton and still growing at the rate of 6-7%.

APP wants to capture some percentage of growth in the Indian market, without displacing the local industry. So far Indian story is very good with the present demand of 11 million tons, growing at 10% every year. We would like to grow in India into high-end packaging board i.e. ivory board or folding boxboard. And if Indian government allows the FDI in retail then the demand for the cartons will double in the next 5 years.
In coated paper segment, India has to import it irrespective of the dollar price, as there is deficit of couple of thousand tons of coated paper. Tissue market in India is very small with the consumption of 60,000-70,000 tons per year as against 6 million tons in China. Though it is very small but in the next 5-10 years it will grow at 20% p.a. highlighting the great opportunity for us.

If the industry has to survive or if you want to improve the industry, competition has to be there. And, if you want fair & healthy competition then you have to bring down the duties to zero level, as you can’t protect the Indian industry in future. The recent acquisition of APPM by IP shows western interest in the Indian market. IP paid a good entry amount to the mill which is just 250,000 tons p.a. to see whether they want to expand into the Indian market or not.
After our brief stint of Sinar Mas in India we decided it is better for us to export paper here. Now India has joined AFTA, so under the AFTA agreement Indonesia can enjoy 50% set off against the duty, the duty for the rest of the world is 10% and for Indonesia is 5% and under this agreement the duty has to come down to zero in the next 2-3 years.
By 2020 you will see the Chinese producers will dominate 60-70% of the W&P and 30-40% of the industrial grade, why because China has access to new technology, which provides them economies of scale. They can afford to invest in a machine, which costs over a billion dollars even because they have huge domestic base. This year China produced around 105 million tons of paper and growth in every year is as big as one India. The average age of a paper machine in America & Europe is 35-40 years and 27 years respectively whereas in China it is 5-6 years. So even if the prices drop below the raw material cost the Chinese can still survive. The entire growth of 10 million tons in India in the next decade will largely be met by way of imports except for the low value grades. China is efficient and you cannot tell them that no, we will not allow you to come to India. The day the 10% duty comes down to zero then you will see the complete turnaround. 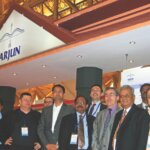 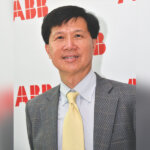 “We really go peak and deep into whatever we do”