The production is likely to increase from 12,000 TPA to 16,000 TPA. Also, the approval is subject to compliance of certain conditions including developing greenbelt in 33 percent of the project area.

The government’s Bank Note Paper Mill India (BNPM) has received green signal to increase the production of bank note paper at its Mysuru unit in Karnataka from 12,000 tonnes per annum (TPA) to 16,000 TPA. BNPM is a joint venture of Bharatiya Reserve Bank Note Mudran (BRBNMPL) and Security Printing and Minting Corporation of India (SPMCIL).

The company had sought environment clearance (EC) for increasing the bank note paper production from 12,000 TPA to 16,000 TPA without adding any machinery and pollution load.

The BNPM’s unit at Note Mudran Nagar in Mysuru has state-of-art machinery imported from Germany and other European countries. Raw material used for manufacturing of currency paper is 100 per cent cotton sourced from neighboring countries. 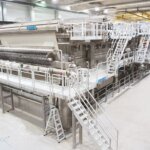 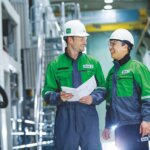 Valmet to Invest in a New Service Center in Chile