The Cachar Paper Project Workers’ Union, in response to Prime Minister Narendra Modi’s call to the nation to be “vocal about local”, drew his attention towards the revival of two paper mills in Assam.

The Cachar Paper Mill at Panchgram in Hailakandi district and Nagaon Paper Mill at Jagiroad in Morigaon district have been non-functional since October 2015 and March 2017 and the employees have not received their salaries for 36 and 34 months respectively.

Writing to the Prime Minister a day after he stressed on the importance of promoting “local” products for the country to achieve economic self-reliance, the union’s president, Manobendra Chakraborty, agreed that local and national industries were the only option to rebuild the economy and make India self-reliant.

“In his address to the nation on Tuesday, the Prime Minister spoke of revamping and reviving local industries to overcome the economic disaster brought upon the country by the Covid-19 pandemic. In this context, we invite his sincere attention to the fact that two heavy paper mills under Hindustan Paper Corporation (HPC) are non-functional in Assam while India is importing paper from countries like China and South Korea to meet huge domestic requirement at the cost of forex reserve,” Chakraborty said.

He said the HPC owns around 2,000 acres of land, is a brand name and has market chains with sustainable stabilities. Most importantly, it has the capacity to provide employment to two lakh people and boost the rural economy through bamboo cultivation, harvesting and supply systems.

He said in keeping with the Prime Minister’s stress on “local” to make India self-reliant, it is necessary to revive the mills which have tremendous potential to boost employment generation and economic growth and reduce the import of paper. 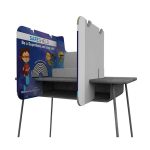