Chinese paper makers have been increasingly importing recovered paper as an alternative. They either buy it abroad or build facilities to make it on their own.

According to a report from EUWID, Chinese paper mills went on one last buying spree for recovered paper in Europe just before the country’s ban on importing solid waste took effect. Statistics from China Customs indicate that the highest amount of recovered paper all year was imported in December 2020. A total of 1.1 million tonnes of recovered paper had been shipped to People’s Republic in the final month of last year. By comparison, the monthly average for the period from January to November 2020 stood at just 584,000 tonnes.

China has not accepted solid waste from other countries since 1 January 2021. The government unveiled this ban, which seeks to promote and propel collection within China’s borders, back in 2017, with imports falling year after year since then. The year before the import ban took effect, 2020, was no exception. Chinese buyers purchased approximately 6.9 million tonnes of recovered paper abroad last year, down from 10.9 million in 2019, 17 million in 2018 and 26 million tonnes in 2017.

Imports of recycled pulp as an alternative

Industry insiders have been looking for alternatives around the globe since it became known that China would stop importing recovered paper. Suppliers have found alternative buyer in other Asian countries such as Indonesia, India or Malaysia. Chinese paper mills, for their part, started to establish pillars in other countries in order to perform the first stages of production there.

In this context, Chinese paper makers have been increasingly importing recycled pulp as an alternative, i.e. recovered paper that has already been processed for paper production, as this material can still be imported. They either buy it abroad or build facilities to make it on their own.

The USA, for example, has shipped 289,000 tonne of recycled pulp to China last year, which was 33.6 percent more than in 2019, according to statistics from the American Forest & Paper Association. 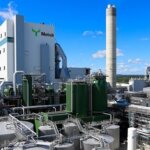 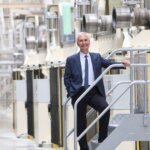