Dev Priya Industries Pvt Ltd and Dev Priya Papers Pvt Ltd together churn out about 650 TPD of quality kraft paper and duplex board, and are major players in the segment in North India. The companies are known for being first-movers for pioneering technologies and produce some of the best possible packaging grades of tesliner, fluting, and recycled KLB in the region.

Paper Mart: To begin with, our readers would like to know about the journey of Dev Priya Group? Tell us about the group’s structure and where Dev Priya Industries fits in it?

Amit Gupta: Dev Priya Group commenced its operations in the year 1988. My father Sh. Mahendra Kr. Gupta, played a vital role in the establishment of the Group. In August 1989, Dev Priya Group started its production with a small paper mill capable of delivering 20 TPD. Another mill with a capacity of 40 TPD was setup in 1992. The Group added more mills between 1995 and 1997 to meet the growing demands. At present, there are total 7 paper mills operating under Dev Priya Group, collectively producing more than 1200 TPD.

The operation and management of Dev Priya Industries Pvt. Ltd. and Dev Priya Papers Private Limited are overseen by our family. In 1997, I took the charge of Dev Priya Industries, which was then agro-based producing 1000 tonnes a month. As a group, the production capacity of both the companies has now catapulted to 650 TPD, employing 3 machines.

PM: Tell us about the capacities you have for kraft paper and duplex board.

PM: Since when have you been operating on duplex machine?

AG: Established in 1998, our parent company, Dev Priya Papers started its operation with waste paper recycling & converted in agro-based kraft paper. We initially installed a yankee machine with a capacity of 20 TPD. However, the amendment in the pollution control policies in late 90s made the operation of agro-based mills difficult, forcing us to consider the modification of this machine again to recycled-based for producing duplex board in the year 2000.

Moreover, Dev Priya Industries was also producing agro-based kraft paper till 2003. We subsequently converted this mill to recycled-based by installing a Kadant Lamort Stock Preparation and started producing W&P paper and newsprint. Later on, after one and half year, we again modified the machine and began manufacturing high BF kraft paper, which is currently being produced at the mill. 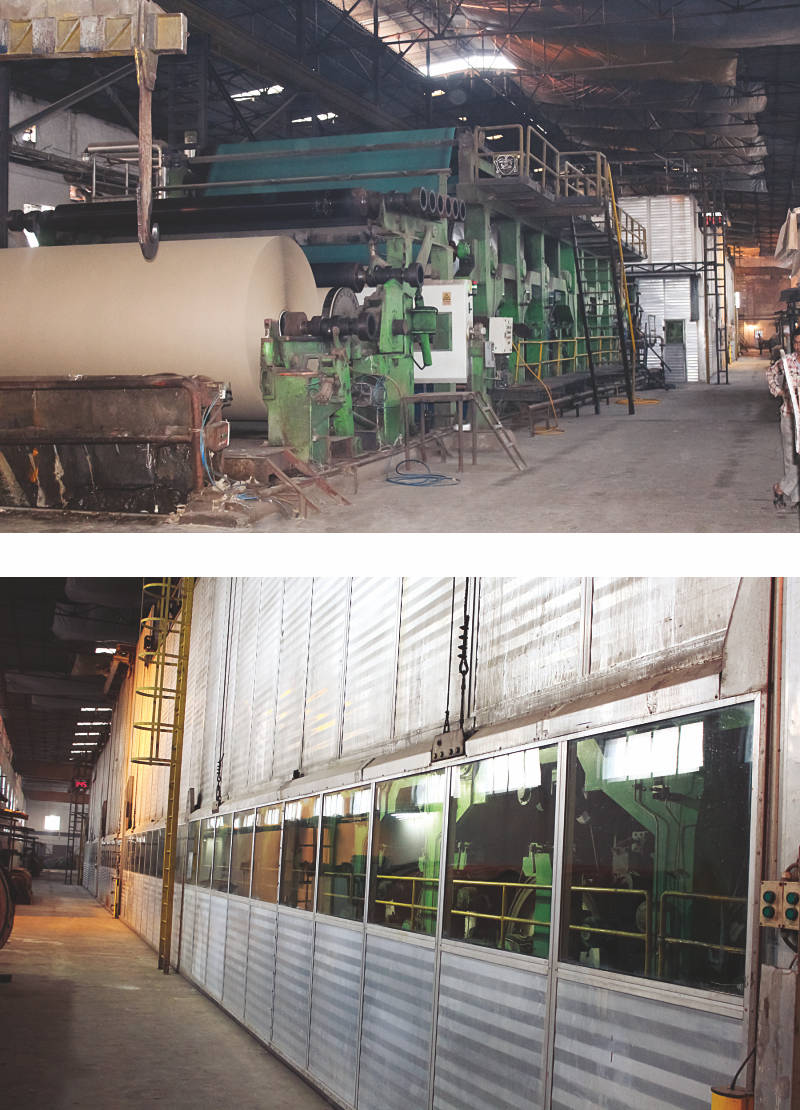 AG: Yes, RCT is also one of the parameters. But the customer base for RCT-based paper in India is not that high. The cost of producing RCT based papers is also quite high, and no one is ready to pay any premium for it. Dev Priya also produces kraft paper based on RCT specifications when customers demand and are ready to pay extra. However, I don’t foresee any demand appreciation for RCT-based paper in near future, say for the next five years. The reason for this is primarily customer’s unwillingness to pay for the cost difference between a RCT-based paper and that of a BF-based one. This cost difference is somewhat same as the cost difference between 28 BF and 22BF, which is significant if we calculate the financial cost for large volumes.

AG: At present, no one is running their machines below 300 mpm. The machines operating on 300 mpm are making use of rewinders with speed range of 800-1200 mpm. Most of the corrugators are operating their machines on a speed range of 200-250 mpm. Therefore, the production speed is commensurate with the speed of corrugation, and I don’t think there would any problem of runnability on corrugators’ end, until the quality of paper is poor viz. formation, moisture basic strength, etc.

When it comes to quality, Dev Priya Industries has employed advanced automated systems for quality control. There are online monitors and scanners controlling the GSM and moisture along with spectrometers to analyze the color aspects as per the prescribed values. Our quality is truly at par with the industry international standards. PM: Tell us something about the technologies Dev Priya Industries have?

AG: Dev Priya Industries have always been ahead when it comes to technology. Back in 2003, we converted our plants from agro-based to recycled-based writing-printing and installed highly advanced Kadant Lamort stock preparation which was imported from France. Later, we converted the paper machine from W&P to kraft. This is our belief that paper is made in the stock preparation section itself; if you have quality pulp, you are more likely to produce quality paper. Moreover, when you have a state-of-the-art paper machine, the issues related to machine’s runnability, pin holes, breakage, and fiber orientation will automatically be taken care of.

In 2007, Dev Priya Industries put into work PM2 with complete stock preparation sourced from Voith for producing fluting and testliners. We imported the major equipments and parts like rotors, baskets and refiners from Voith Germany. The pumps were provided by Andritz, steam & condensate system from Kadant Johnson along with Voith facilitating DCS for the stock preparation, scanners for the paper machine. The paper machines was however indigenous from Ruby Macons with some parts from Europe & China. Rewinder by The Globe Radio Co. and Paper Machine hood done by Brunnschweiler Spain. The electrical provided by Schneider & ABB. PM2 was the first ever machine in the kraft segment to include such technology combination sourced from pioneers in the industry.

We have our own captive powerhouse in Dev Priya papers which includes boiler from Thermax and Turbines commissioned by Triveni. We follow strict SOx-NOx guidelines with ESP to take care of suspended particles in the air. Due to the ban in pet coke around NCR, we are using coal & biomass products.

PM: Tell us more what Dev Priya is doing to meet the pollution norms. Are you a ZLD company? How do you use the recycled water?

AG: Dev Priya Industries follows all the necessary steps to curb the pollution as directed by Uttar Pradesh Pollution Control Board, Central Pollution Control Board and our in-house pollution department. Every step of production is monitored online, through CCTVs and by our trained professionals. Since May 2015, Dev Priya Industries has been ZLD (Zero Liquid Discharge) with a closed-loop cycle.

We have an ETP installed to treat the waste water. Not only we treat the water, but maintain its quality with recycling technologies, using chemicals and the equipments. Both the machines in Dev Priya Industries are Zero Liquid Discharge. 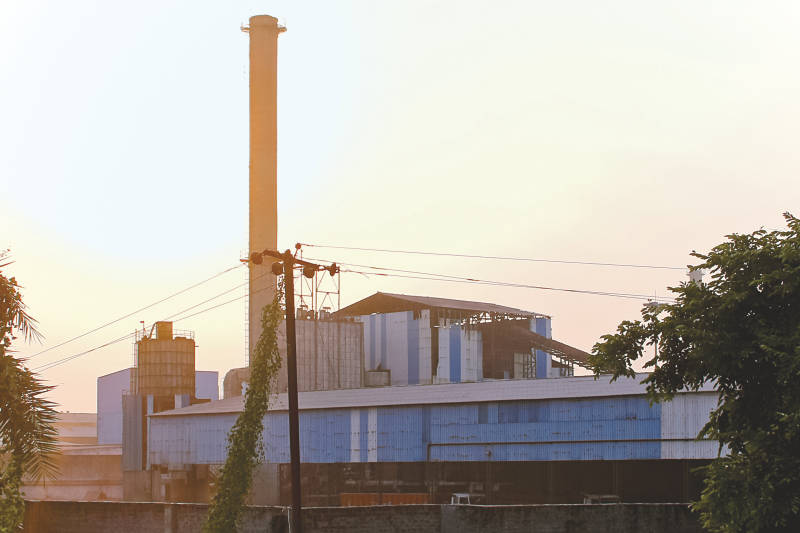 PM: Recently, China has stopped the imports of several grades of waste paper? How will it affect the export and domestic market in India? How is the future of this export upsurge?

AG: The move will benefit the export in India, but mainly for the mills located near the port. For mills like Dev Priya, which is operating from Delhi/NCR region, the cost (by the time it reaches a port) can go up to Rs. 4/Kg, i.e. Rs. 4000 a tonne, which is significant. Export is not something which we are contemplating right now.

The spur in export because of Chinese ban, according to me, is not likely to remain a lasting phenomenon. Some companies might claim to export a major chunk of their production. However, they would fail to give you any consistent export data displaying a uniform overseas business throughout year, or say over 2-3 years.

The possibility of this export to stay for a long term seems doubtful. China has started setting up or leasing paper mills in The United States. It is presumed that Chinese paper mills in US are making use of waste paper to produce paper without any value addition and are sending these poor quality papers to their homeland to be used as raw material in local mills. 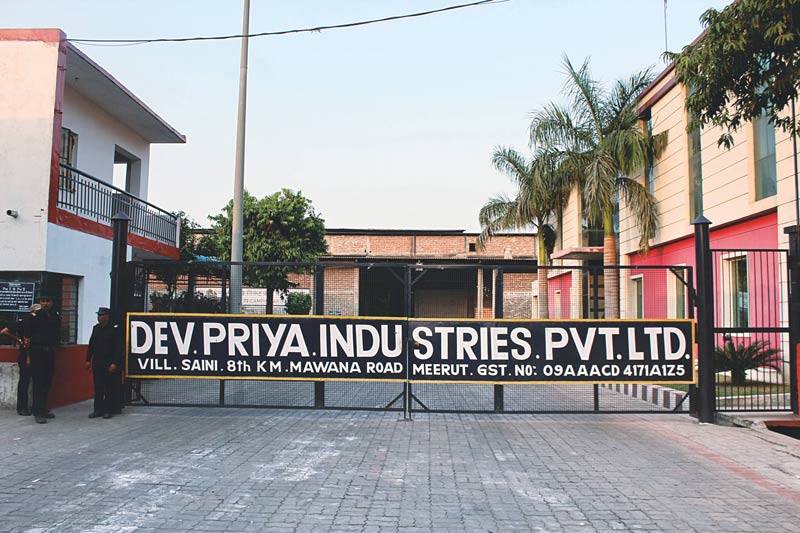 PM: What are your plans on capacity expansion?

AG: That would come with the new plant and we are a bit reserved about going for a new plant seeing the current demand in the industry.

PM: Kraft paper is expected to have a double digit demand growth and may increases by 1 million tonne per year. Do you think the installed capacity would meet such future demand?

AG: These are just the figures. If demand is so robust in India, two things will happen — first, India will stop exporting; second, we will get better price here. Both of these things we are yet to witness.

The way demand is being projected on papers, it doesn’t exist in reality. Demand is there but not as much as it is being projected or shown in various reports and surveys. Double digit figure is doubtful as of now. It may be though possible once in three years, not every year. One has to be positive here but figures need to be little conservative.

PM: Which segments will grow in the next 3-5 years? What are your views on the overall growth outlook of the industry in coming years?

AG: The growth is bound for all, be it W&P, newsprint, or packaging grade. As mentioned earlier, packaging will be the major beneficiary of the projected growth. I however believe that all the segments will grow together. With the growth in e-commerce and organized retail, the demand for packaging is increasing in all grades, be it testliner, fluting, or KLB.

PM: Would you like to add anything to this conversation?

AG: As a responsible citizen, we should be honest to our work ethics. We should safeguard both our employees and environment. Also, the industry must have some social responsibility, and work towards providing better products to the end consumers. 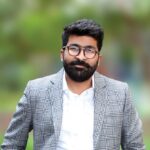 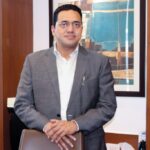