In the Dec-Jan, 13 issue of Paper Mart, we published Two Sides open letter sent to Google Chairman urging him and Google to re-consider their participation in the Paperless2013 initiative, and especially to consider removing or changing the negative environmental claims being made related to paper. By this Two Sides mean the reference to “saving trees” and promoting the perception that switching from paper-based to electronic communications will help protect the environment without having any verifiable or factual information to support the claims.

Challenging and correcting misleading environmental claims related to print and paper has been a focus of Two Sides in Europe for a number of years and more recently in the US after the launch of campaign in July 2012. Since then, over 50 US companies have been approached to engage with them and discuss best practices for environmental marketing related to print and paper. Although Google was not on their list, the start of Paperless 2013 in January this year required a quick response.

What followed was unexpected. Two Sides letter received a lot of coverage, perhaps in part because it was addressed to the Chairman of Google. Others also became engaged with their views regarding Paperless2013, including PIA who also sent a letter. PrintMediaCentr was very active on social media and this had a major impact in engaging people to the point where the Twitter feed for Paperless2013 was dominated with tweets in favor of paper!

The good news is: changes have been made. There are no longer any environmental claims on the Paperless2103 site or Twitter home page and all pictures of trees or forests have been removed. The main tag line now is “Take the paper out of paperwork”, instead of “Save money. Save time. Save trees”. The screenshots before and after are shown below and in more detail here.

The “paperless” message may never go away because it is a fact that paper, in some cases, can be replaced with electronic media. Depending on the situation digital can be more practical, faster and cheaper. But it is not always more sustainable, when considering the lifecycle of both forms of communication, including their environmental and social pros and cons. The temptation of marketing departments to include environmental claims to promote digital services is often misleading and unnecessarily damaging to the print, paper and mail value chain.

The term ‘Paperless’ is also deceptive. Two Sides’ recent pilot survey of consumers reveals that more than 55% of people print some of their e-bills at home or at the office, and about 25% of people print more than 30% of their e-bills. Other research tells that print on paper is still the medium of trust and 70% of consumers prefer to read from paper instead of from a screen. So, instead of encouraging users to ‘go paperless’, organizations should be enabling a choice of outputs – if they really want to consider their customers preferences.

Furthermore, let’s not forget that 20% of US adults and 20% of UK households do not have access to the Internet. In fact, 45% of Americans over the age of 65 don’t own a computer. Mail and paper-based communication is a vital service for this segment of the population. 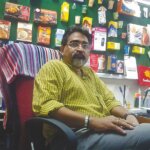 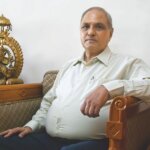 Man with a Mission