Man with a Mission - Papermart
FacebookTwitterLinkedinYoutubeEmailWhatsapp

To write down about the experience of more than 4 decades is quite an easy task but to live those moments with the same feeling is a tedious task. This time team Paper Mart tried to live the moments in the remarkable career of Mr. R.L. Lakhotia, presently he is leading Sirpur Paper Mills Ltd as an Executive Director. A graduate in Chemical Engineering, he possess 42 years of rich experience in chemical and paper industries coupled with administrative capabilities in various managerial and executive capacities including production, sales, finance, projects, government liasioning, industrial relations etc. Below are the excerpts of the moments

“A man must do his duty” a famous preaching that was given by Krishna to Arjuna in course of Mahabharata. This is how we describe Mr. Rameshwar Lal Lakhotia. Born in Rajasthan and getting humble upbringing, he always makes sure that what he does, he does best. It’s the character that gets him out of the bed, commitment that moves him into action and discipline that enables him to follow through. He has that inane capacity to move and uplift the people around him in particular he could offer a vision of hope to them and this was being proved when he turned around the destiny of Century Pulp & Paper in 1990’s. Mr. Lakhotia was Senior President at Century Pulp & Paper.

Under his leadership, Century began using all types of fibrous raw materials to produce high quality writing & printing paper. Century, during his tenure, also expanded and initiated operations in tissue paper and packaging board. He loves facing challenges, which has always brought best out of him. This can be referred the time when Century had ordered paper machine from Voith in 1995 to produce writing & printing paper from bagasse. Everyone was susceptive about the decision as in India industry was accustomed to the use of long fibre rather short. However, the availability of the bagasse was in abundance but apprehensions were how to use it? For the next 2 years it was a sink and swim period for the company as nothing great was achieved in terms of quality paper. But as said earlier the hope and vision was there so the team carried on with the experimentation, improvisation and refinement of process. And, one fine day the result was on the reels and that was the day since then the unit hasn’t looked back.

He is depicted as a fearless leader, who analyzes rights, wrongs and, in particular, stands up for good. Back in 1998 Century Pulp & Paper declared a lock-out for more than 2 months. The production in the unit was adversely affected on account of stay-in-strike. But, Mr. Lakhotia remained unaffected, faced the tough times, pulled up his socks and continued his work. The good has to go through the harsh things likewise Mr. Lakhotia went through the same during his tenure at Century Pulp & Paper, which even involved threat to his life. Our first visit to Century Pulp & Paper in 2008 left us thinking that, is there anything which can let him loose and we didn’t found nothing. Rather a quote written above his head got our attention “If you have nothing to do, please don’t do it here”.

He is a firm believer in the regular development of skills and makes sure that it happens. “Everyone should feel pride in what they are doing and master the work he does”, he said. During his tenure in the Century Pulp & Paper for every new project that was initiated separate teams were formed and regular training was always a part of the package. This way he developed a team of skilled manpower in-house which resulted in glittering outcomes in every area of work.

“Nowadays human resource is a major issue and paper industry due to its image per se is facing a huge challenge in availability of the skilled manpower. Therefore, there is an immediate need to focus on the in-house skill development to tackle this issue” he suggested.

Mr. Lakhotia is very clear in what he does and always sticks to his principles. “When punctuality, efficiency and housekeeping falls in the right track, productivity comes automatically”, he stressed. This is what he continued when he joined Sirpur Paper Mills in 2010. He firmly believes that best ideas germinate in open space and so he delegates full freedom to his subordinates to carry out the assigned work in the best possible manner.

Explaining his marketing fundas he said, “there are 3 kinds of markets one is FMCG, second is Semi- FMCG and third is Non-FMCG and paper is a Semi-FMCG product wherein the strategy should be; 30-40% must constitute fixed sales, 20-30% must be floating sales and rest 30-40% sales should come from new product development”.

Mr. Lakhotia is known to have many good qualities. He is fearless and willing to risk his life. He is generous to friends and rewards loyalty. In his diet he is quite frugal, preferring a vegetarian diet. He has a great interest in religion follows hindutva. His penchant for reading widens his thought process. Wherever he has worked his compatibility with his co-workers is something, which many people doesn’t possess. He has a habit that for every employee he charts down his career path in the company, which motivates them to work hard, which in turn, decreased the attrition rate. He taught people all those values, which makes life nobler and better.

He gives ultimate regards to her wife for supporting him in all his endeavors, taking care of the family, when he was busy in making the things better. 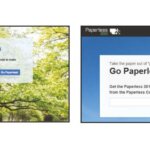 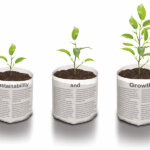