The GoI is working to frame a regulatory policy that would restrict the contamination in imported papers above the permissible limit.

According to the reports, the Government of India will be implementing 1% contamination limit for all mixed paper imports, with five bales of mixed paper to be inspected randomly in every container arriving in India.

The documents state that imports must contain paper waste only and should not be co-mingled with bio-medical waste, municipal waste or sewage waste. The new restrictions are being implemented due to incidents of the mixing of hazardous and plastic waste with imports of mixed papers being reported.

The restrictions will bring India’s contamination limit for mixed papers down close to China’s, which was set at 0.5 per cent at the start of 2018 in a similar crackdown on the illegal import of waste.

Commenting on India’s new restrictions, Simon Ellin, Chief Executive of the Recycling Association, said: “We understand that India is now implementing a one per cent non-fibre tolerance on paper, which has been in place for 10 years anyway but has never been enforced. They are also inspecting five bales in every container when it arrives. We also believe that the banning of mixed papers in India is pretty much inevitability too.

The restrictions will increase pressure on local authorities and materials recycling facilities (MRFs) to clean up material streams, with strict contamination limits meaning collected material will need to be of the highest quality to be accepted by importing countries and to attract a good market price. 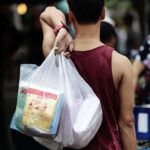