India’s paper production capacity growing at over 7 per cent annually.

JK Paper’s vice chairman and managing director, Mr. Harsh Pati Singhania, said that the Indian paper industry is growing at over 7 percent and projected to grow at over 4 percent per annum until 2030. Mr. Singhania was addressing an audience at the 55th AGM and Conference of the Federation of Paper Traders Associations at the Grand Hyatt, Mumbai recently. The event was attended by more than 800 paper traders from across India.

Mr. Singhania was also seen as saying that India is the fastest growing paper market globally. “The Indian paper industry is growing at over 7 per cent and projected to grow at over 4 per cent per annum till 2030. This is translated into 20 million tonnes in 2020 and 27 million tonnes by 2030,” he said.

The paper demand is steadily increasing in the country and the paper industry has done all due investments in order to match the market demand in times ahead, he added. He said, “Indian paper mills have invested over Rs. 20,000 Cr. in the last five years. But, it needs more investments to the tune of Rs. 90,000 Cr. to add new capacities by 2030.”

Mr. Singhania, in the pre-event press conference, also said that the demand would be mainly domestic consumption driven. In response to a question, whether JK Paper is expecting any surge in its export numbers, Mr. Singania said, “When I am talking of demand growth, it is basically the domestic demand situation. Exports will keep fluctuating, but domestic demand is steadily growing. Moreover, India is not positioned to act as an export industry in any considerable manner. May be in future, JK would think of increasing its export share, if plantations which are coming up for us turn out to be cost-effective.” 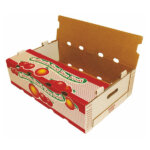