For the seventh straight year, International Paper was named as one of the World’s Most Ethical Companies by The Ethisphere Institute. Despite a record number of global nominees, International Paper secured a spot on the list by maintaining its focus on the ethical business practices and standards that have defined the Company since its inception more than 100 years ago.

“This is an important recognition that encompasses all that we do at International Paper. We are a company of substance in the more than 24 countries where we operate – and we are strengthened by the results of our employees who do the right things for the right reasons,” said Chairman and CEO John Faraci.

A record number of nominations and applications this year is evidence of both the World’s Most Ethical Companies’ growing recognition by various stakeholder groups and companies’ desire to be recognized for their integrity standards and ethical cultures. The 2013 list is the largest list since the award’s inception in 2007.

“Not only did more companies apply for the World’s Most Ethical Companies recognition this year than any year in the past, which demonstrates that ethical activity is an important part of many of these companies’ business models, but we are also seeing more companies be proactive and create new initiatives that expand ethics programs and cultures across entire industries, such as industry-based ethics associations and other activities,” said Alex Brigham, Executive Director of Ethisphere. “We are excited to see the 2013 World’s Most Ethical Companies take these leadership positions, and embrace the correlation between ethical behavior and improved financial performance.”

Through in-depth research and a multi-step analysis, Ethisphere reviewed nominations from companies in more than 100 countries and 36 industries. The methodology for the World’s Most Ethical Companies includes reviewing codes of ethics, litigation and regulatory infraction histories; evaluating the investment in innovation and sustainable business practices; looking at activities designed to improve corporate citizenship; and studying nominations from senior executives, industry peers, suppliers and customers. 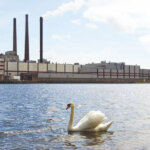 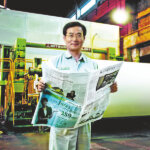 Drums and DIPs for improved news