JP has been making efforts to strengthen and expand its global procurement and sales network, and as part of these efforts acquired a 51 percent share in the ownership of Gould in April 2010. By taking full ownership of Gould now, with its abundant human resources, experience and business sites throughout Europe and North America, two markets considered highly important in JP’s strategy for its non-Japan business segment, JP will be able to simultaneously strengthen its presence in both of these markets, increase the synergies within the entire JP Group and further expand its business activities outside of Japan.

“We are very excited to now be wholly owned by JP.” stated David Berkowitz, President & CEO of Gould. “JP is the largest paper merchant in Japan and is publicly traded on the Tokyo Stock Exchange. Their strong support will allow us to continue to grow and flourish in the United States and throughout the World.” 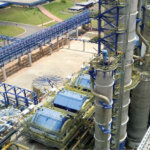 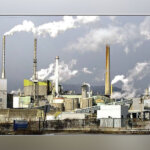