The Rs 70,000-crore Paper industry has sent a missive to commerce ministry, urging the government to be wary enough to keep paper in the negative list, under the proposed RCEP.

The Commerce Ministry is holding a series of meetings with various industry associations on tariff elimination under the proposed 16-member Regional Comprehensive Economic Partnership pact as it prepares for the crucial round of negotiations this week in China followed by a meeting of Trade Ministers.

The paper industry has raised serious concern over duty-free import of paper and paper board proposed under the 16-member Regional Comprehensive Economic Partnership (RCEP) agreement being negotiated between the 10-member ASEAN, India, China, South Korea, Japan, Australia and New Zealand even as India is formulating strategy for the next round of RCEP negotiations in China.

As reported in a leading daily, the Indian Paper Manufacturers Association has called for paper and paperboard to be kept in the Negative List, with no further import tariff concessions, under the proposed RCEP. This was to safeguard the industry’s investment and incentivize it for further growth, said the association.

“The paper industry has made significant investments to ramp-up capacities in the last few years. However, the commercial viability of the investments is being impacted adversely on account of rising imports,” said AS Mehta, President, IPMA.

RCEP countries want India to eliminate import duties to tap the growing domestic market. The domestic industry needs to be safeguarded due to escalating imports from China and ASEAN countries.

Unbridled duty-free imports under RCEP will disrupt industry’s value chain linkages with farmers which have led to enhanced rural incomes, employment and greening of India.

Already, basic customs duty (BCD) on paper and paperboard stands at nil under India-ASEAN FTA and India-Korea CEPA. Further, under the Asia Pacific Trade Agreement (APTA), India extended import tariff concessions to the world’s largest paper producer China and reduced BCD to 7 per cent from 10 per cent on most grades of paper.

On the other hand, large paper markets such as the US and EU have imposed anti-dumping duties on paper and paperboard originating from some of these countries, said Rohit Pandit, Secretary-General, IPMA.

Most of the exporting countries have excess paper manufacturing capacity as they have access to cheap domestic raw material due to conducive plantation policies and cheap energy, unlike India, said Pandit. 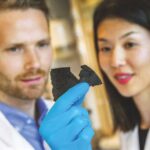 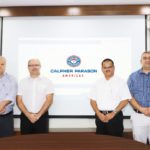 Parason Acquires Calpher Máquinas to Expand its Footprint in Brazil