Subam Papers Pvt. Ltd. is one of the leaders in adopting new concepts and technology in the manufacturing of recycled liner, fluting medium and kraft boards & duplex boards. Located in Tirunelveli, Tamil Nadu, the company has been prioritising focus towards continual improvement based on specific product quality and end-user application since its inception.

“India is growing and the growth of the paper industry should also be aligned with the GDP growth… the second phase of expansion will start in 2024 after the first phase of our investment by 2023.”

In a conversation with Paper Mart, Mr. T. Balakumar, Chairman & Managing Director, Subam Papers Pvt. Ltd. shares the milestones of the company along with its growth plans. Mr. Balakumar has also been appointed as the Chairman of the Development Council for Pulp, Paper & Allied Industries (DCPPAI).

T. Balakumar: In 1991, a small-scale enterprise, manufacturing paper cones, required as packaging material for the textile sector for winding & packing of yarn, was started by me, as a first-generation entrepreneur, after completing my mechanical engineering degree from PSG College of Technology which is renowned for developing entrepreneurs and CEOs around the world.

After attaining 150 tonnes per month self-consumption of the paperboard for making paper cones, backward integration was undertaken in 1999, to start the first core board paper plant with a 5 TPD capacity. Since then, our company has grown every year, increasing the capacity at a CAGR of 25 percent to reach the planned capacity of 1000 TPD in 2023.

For the development of any business, a team of strong technical & management expertise and a thirst for improvement in achieving the targets is quite vital. Our entire technical and management team has the required qualifications and experience to handle the higher production and quality needs of the industry. From supply chain management to customer relationships, our team is quite energetic and focussed to achieve the targets. Being highly dedicated, the employees are dynamic and adept in understanding the challenges of the industry.

Our management team is well-mixed with all kinds of skills, talents, and capabilities. Mrs. Sudha Alagarsamy, JMD, is steering the paper conversion divisions to a swift growth path. All the board members Mr. R. Venkatesh, Mr. P. Balagurunathan, Mr. V. Varun Rengarajan, and Ms. Madhumitha Varun are actively supporting to drive the company’s growth towards its vision.

We entered an MOU with the government of Tamil Nadu in 2021, for expanding the paper & paper products industry in the southern districts of Tamil Nadu with an investment of INR 500 crore which will provide employment opportunities to 2000 people. In the first phase, an investment of INR 250 crore has been made and the commissioning of various projects is in progress. We have installed a 4 MW wind energy turbines & 13 MW (DC) capacity of solar power generation plant to develop green energy & be carbon neutral.

PM: Please describe the raw material procurement strategies and the technology used in the production.

TB: Our raw material procurement is about 50 percent from domestic sources and 50 percent by imports from Europe & North America. Like every RCF-based paper mill, we also depend mainly on imported recovered paper. The price trends are volatile due to several factors. The volatility has been quite high since 2018. In 2018, the prices had dropped heavily, following restrictions by China to import recovered paper to their country. Later, the prices gradually increased after China started buying pulp made out of recovered paper.

The COVID-19 pandemic disturbed the availability of raw materials and increased the logistics costs. Hence, the prices increased in 2020 third quarter onwards. Again, because of European export issues, the prices peaked at an all-time high until March 2022, and then suddenly dropped from April 2022 onwards, while Europe opened again for exports. Currently, due to the Russia-Ukraine war, the entire supply chain disrupted and the prices have gone down. Hence, the trends and prices are not predictable and the industry has to move along with the tide.

For RCF-based paper industry, logistics cost is the deciding factor to fix the sales realisation. It has become a regional-based industry which is not able to sell beyond a 500-km-radius. In the southern part of India, particularly for Sivakasi, two decades ago, the entire paper used to be bought from northern & western India only. However, today, the possibilities are not there due to the increase in the logistics costs.

PM: What is the current market presence of the company – both domestically and globally? Are there any plans to expand your market reach in the future?

TB: The volatility factor is also affecting the finished paper markets in domestic as well as exports. We were globally competitive in 2018 to export more, approximately 30 percent of our production, due to China’s policies. Again in 2021, we lost our competency for exports, due to high raise in container logistics costs. Even though logistics cost has been reduced in the last few months in this third quarter of 2022, our competitiveness has still not improved due to the still continuing higher sea freight. Hence, we want to have at least 80 percent market in India itself, on the current trends. In the future, once the reforms are done and India becomes self-reliant on the fiber requirements, we shall have a great advantage for exports due to being located close to the seaport, Tuticorin. The chances for exporting from India are very bright in the future, upon improvement and stabilisation of the world economy.

PM: Has there been any new development at Subam Papers – be it in product development, market expansion, or technological innovations, which you would like to talk about?

TB: For eco-friendly measures and due to the preference for odour-free products by customers, an anaerobic reactor is installed and aerobic treatment is also being strengthened with an investment of INR 20 crore. We are about to commission this shortly. This will also help in improving the runnability of the machine.

We are already producing paper and paperboard in 4 machines, and the fifth machine, which is a used Voith machine imported from Germany, is under erection. This machine is set up with top former, tandem shoe press, and film press for sizing. The machine is fully automated with DCS & QCS systems. The pulp mill is equipped with a disperser and has facilities to handle purchased pulp also in order to produce very high-strength paper. This machine is capable of operating at 900 mpm speed. Higher BF, 60 to 180 GSM packaging grade papers and carry bag papers are being planned for production in this machine.

As the online shopping industry is growing and the need for paper carry bags is also growing, we expect that the new machine will be capable of meeting the market demands of the segment. We are also expanding our paper products division for meeting the requirements of the textile and fireworks industry packaging materials.

PM: With the rise in awareness about sustainability globally, to what extent the Indian pulp & paper industry is making efforts in this regard? Also, how does Subam Papers undertake sustainability in its operations?

TB: The main aspect of the sustainability goal is reuse, and recycling to save energy & reduce pollution. If you consider the paper industry, its raw material sources are renewable & recyclable. The paper industry is one of its kind, which is, sustainable by nature. There are only a few such industries which can be regarded as sustainable.
All the recovered material shall be easily recyclable and nothing is getting wasted till the end. Even the sludge generated at the last source is also usable for other means in the same industry. The paper industry is one of the industries which are contributing to the circular economy.

The time is changing now with more knowledge and awareness among the public that the paper industry is not a polluting industry. It is renewable, reusable, and recyclable. The entire output of the industry is useful to society. Next to food, medicine and clothes, paper is an important essential commodity, touching the lives of all, every day, and in every aspect. It is eco-friendly and hence, it will survive forever.

PM: How do you look at the future of the Indian paper industry?

TB: As per the data from various sources, the approximate recovery rate of used paper in India is about 50 percent only, whereas the recovery rates in Australia, Japan & other western countries are at the level of 85 percent, 75 percent, & 70 percent respectively. As per the growth achieved by the Indian paper industry in the last 10 years, paper consumption & production has increased from about 10.99 million tonnes in 2010 to 21.36 million tonnes in 2020 with the approximate Compounded Annual Growth Rate (CAGR) is 7 percent.

The Indian paper industry has been under tremendous pressure due to the shortage of raw materials. In the next 10 years, the shortage will be widening and we will be forced to import more finished paper from other countries for our domestic needs.

The three aspects required for raw materials are:

By achieving this, we would be able to save the forex of INR 10,000 crores at the present level, which might be increasing to INR 30,000 crores, as per projection in 2032.

The agro residue generated in India is about 500 million tonnes per annum. About 100 million tonnes are getting wasted either by burning or by leaving it as it is. If we can start using these agro residues for papermaking along with the improvement of recovered paper collection from 50 percent to 75 percent, then India will have a surplus of raw material. Thus, we will be in the position to export our paper after fulfilling our domestic requirements.

Thus, from the status of net importer of paper (considering the import of RCF & all kinds of finished papers), India can become a net exporter of paper soon, so as to reduce its dependence on other countries for our paper requirements in any form.

Also Read: Marketing: The Heart of Any Business

PM: Thinking about the future, what will be your vision and growth plans for the Company?

TB: India is growing and the growth of the paper industry should also be aligned with the GDP growth. And as the purchasing power of citizens increases, the per capita consumption would also increase. Hence, we are also geared up to meet the requirements of the nation. As already mentioned, the second phase of the expansions will be started in 2024 after completing the first phase of our investment by 2023. 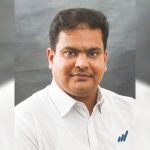 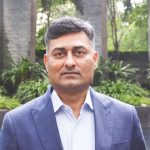