On January 11, 2013 Mr. Gautam Thapar, Chairman and the CEO of the Avantha Group, gave an awe-inspiring address during 13th AGM of IPMA (Indian Paper Manufacturers Association), held in New Delhi. He provided the anecdotes for the Paper Industry by highlighting the approach, which needs to be adopted and giving facts why it needs to be???

He started with the quote “Those who don’t learn from the history are doomed to repeat their mistakes”.

Further he detailed, “The main disruptions in India kicked off in 1990’s due to the financial governance. The first one was coined by us internally which led to the liberalization of the Indian economy. Second one was created out of Thailand because of short-term financial flows as the Asia started to open to the world and the third one was created out of US. The impact of these has been felt around the world. All these disruptions have originated because the financial service accounts for 14% of global GDP and its disruptive powers are far greater as you go down the line. Policy reactions to these incidents were interesting and varied. In 90’s we had protection from the international events and when the Indian economy was thrown open, the economy had its surge, started growing and then it had its first repercussions of international crisis originated in Thailand. By the time recovery was happening we were struck by another crisis in 2008 and this recovery was slow and very volatile. Today, we are no longer shielded from the global volatility. And, being a capital intensive industry we need long term capital, stability and predictability in order to generate sufficient returns to justify the investments.”

Highlighting the other scenario he said “There have been two major dislocations in the world that have happened from the technological point, one is ICT and other is climate change. If you see ICT has accelerated the decline in demand of paper in West whereas it has accelerated the demand in the East, both in writing & printing and packaging grades. But it is also today characterized by long supply chain, dislocation of pulp capacity and paper capacity and demand therefore the same volatility discussed above will impact these disruptions as those supply chains have to be financed. And, those come from the economies whose currencies have greater vulnerability to these kinds of disruptions. So, if I produce pulp in South America and import it to Asia then the incident happening in either of the markets will affect each other. The increasing development in China has now made it a major force in almost every global commodity produced.”

Another important issue is climate change and all of us sitting here have felt the impact of climate change but the policy driven by the government is solely not on account of climate change, rather it’s on account of national security. The Indian national security is driven by three things first economic security for its citizens, then energy security and third is food security. In the above context, paper industry is both energy and resource intensive, and it’s not at all surprising that having all the interventions with the government, the result hasn’t come out. Going forward as per the government norms all the industries would be required to source certain share of their energy consumption from green energy. Hence, the price of the raw material will be equated to the price of energy. So, the climate change will impact the industry indirectly, because of the policy response from the government related to other issues. Getting a second hand machine is not a good idea in relation to the above point because it may cost you less but in the long term it will not fetch you the financial returns you are expecting. Today, there is a tremendous change in the business scenario, policy and the variables that are being predictable or controllable by us earlier but now the situation is different. So, any change in those variables will impact our profitability. Now, the question is that how do we plan in this scenario? If we are good operators and we innovate then something is possible, but the starting point of innovation has to be right.

Specifying about the energy dilemma he detailed, “By 2017 USA will import less than 1% of its energy needs. The biggest guarantor of the energy price stability has been USA, because of its presence in Middle East and by the fact that in the year 2001-02 19% of its energy needs came out from Middle East. So, from 2001 to 2017 the need will decline from 19% to 1%. In literal foreign policy term USA will no longer be concerned about what happens in Middle East. And, report estimates that USA will be the net exporter of energy for the next 15 years based on its gas and oil reserves. So in this vacuum India gets its 70% energy requirements and somebody has to step in to provide the stability to the oil prices or else we have to face the volatility going forward. So we need to think about our investments that where this industry is going.”

The positive side is that we are growing and are among the economies that are clocking above 5% of GDP growth. Today, 43% of the Indian GDP has come from trade, while 15 years ago it was less than 20%, and 10 years from now it will be more than 50%. This means that global trade flows will be more important to economy’s growth rather the pure investment in the industry. In short the policy frameworks will be driven more by national security concern and less by individual industry concern.

Internet will play an important role in Indian economy, by 2013-14 it is said to cover 85% of the area under high-speed broadband network. The growth in internet commerce will be the first beneficiary of that and the growth in packaging is the first big requirement for that. The PC tablets that are being introduced by the HR ministry are expected to cross 7 and a half million by the end of this year. So you can see that moving from no landline to mobility, we must understand what it means to the writing and printing part of paper and formulate your strategy accordingly.

The format of the game has changed and the trends what I am seeing will not change in future. The biggest thrust of the government is to reduce the energy levels in the industry as we import 70% of our energy needs. The phrase like GDP per capita consumption will be futile, and we will never reach to 320 kg per capita. He asserted that, “I will be surprised if we reach 200 kg, because it is the policy for the national security purpose to not to be present in energy intensive areas”. You see, it’s cheaper for the GOI to make policies to allow import of paper from countries that have more energy efficiencies rather than putting own energy resources for the industry. So will the paper industry exist or will it grow? The answer is yes. The industry has to adapt to a very different framework. Scale and size is important, as the per capita efficiencies that we’ll obtain will drive the industry forward. Once it was asked to me that what is more important production or markets, I said markets because they will dictate that where, how and when the capacities have to come. Policy for the paper industry will be determined by the other issues and not by the paper specific issues. There is an ample scope to go forward now this is up to us that how we strategies our functions within that framework to get what we want. 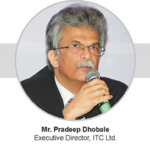 Forecasting is always dicey, but everybody has to do it…..