New research, commissioned by the international non-profit organization Two Sides, has revealed that major global corporations are still using inaccurate and misleading environmental claims to encourage consumers to ‘go paperless’ and switch from paper-based to digital communication. This is despite legislation being introduced by advertising standards authorities to protect the consumer from being misled.

The survey, undertaken in February 2015, showed that in the UK, there is still a significant proportion of banks, utilities and telecoms making false environmental claims. Research in the US shows a similar picture with half of the leading Fortune 500 companies in the same sectors doing the same.

“This is extremely frustrating and unacceptable,” says Martyn Eustace, Founder of the Two Sides initiative. “The fact that marketers in some of the most high profile corporations in the world are still using unsubstantiated and misleading environmental claims to persuade consumers to switch from paper-based to cheaper electronic communication is outrageous.”

Two Sides will be engaging with companies in Europe, the USA, Canada, South America, South Africa and Australia, who have either reneged on undertakings to stop using misleading environmental claims or are now again claiming that switching to online billing and communication is better for the environment without supplying verifiable supporting evidence.

Two Sides is an independent, non-profit organization created to promote the responsible production, use and sustainability of print and paper. 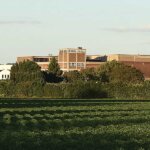