“Given WWF’s longstanding calls for an end to the environmental abuses associated with the pulp and paper industry, APRIL’s Sustainable Forest Management Policy would seem to be demonstrating willingness on the part of the company to transforming its operations,” said Dr Efransjah, CEO, WWF-Indonesia. “If APRIL truly fulfills the entire commitment in the policy, it will lead to a positive contribution to Indonesia’s forests, biodiversity, emission reductions and people.”

Under the new policy, APRIL will establish a moratorium on clearing in concessions where there has not been independent assessment of conservation values. The company and its long-term supply partners will complete plantation establishment by the end of 2014 and will support a pilot study to help develop industry accepted methods for evaluating and protecting High Carbon Stock (HCS) forests and peatland areas.

However, the policy also allows for APRIL to utilise wood from tropical forests in its mill until the end of 2019. WWF is urging APRIL to become a 100 per cent plantation fibre company in 2014, warning that without robust processes and independent monitoring high value and high carbon forest material could continue to leak through this loophole into the pulp mills.

It may be mentioned that WWF is one of the world’s largest and most respected independent conservation organisations, with over 5 million supporters and a global network active in over 100 countries. Its mission is to stop the degradation of the environment and to build a future in which humans live in harmony with nature. 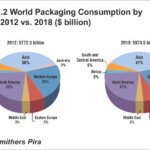 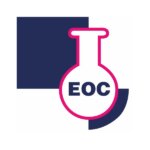