In a significant turn of events, 3M announced on March 5 that it is launching a new paper and wood pulp sourcing policy designed to trace virgin wood fiber and ensure it is coming from renewable sources.

Along with improving its public image and reputation for social and environmental responsibility, the new pulp and paper sourcing policy brings an end to a running, decades-long confrontation with prominent environmental NGOs, including ForestEthics, Greenpeace and The Forest Trust.

ForestEthics has been after 3M to make a change to its pulp sourcing for nearly a decade. According to the NGO, production, distribution and sales of 3M products, including Scotch tape and Post-it-Notes, contribute to deforestation around the world.

At the root of the NGO’s concern was 3M’s lack of recycled content and its use of SFI-certified pulp. SFI is considered by many to be an inferior certification standard as compared to the popular FSC. ForestEthics has been joined by other prominent environmental NGOs, including Greenpeace and the Sierra Club, in protesting the office supply giant.

Last year, ForestEthics took its complaints to San Diego, where it waged a three-day campaign against 3M during the 2014 Sustainable Brands Conference, an event for which 3M was a sponsor.

CEPI and Pöyry Are Partners Now 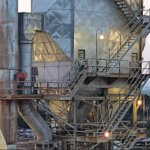