Waste water has constituents such as pathogens (bacteria, virus), organic particles (feces, food, hair), organic material (urea, fruit sugars), inorganic material (ammonia, hydrogen sulfide) – all of which are bio-degradable in nature. Also, there are certain constituents such as emulsions and pharmaceuticals that are partially degradable. Basically, all above constituents are metabolic by-products of plants and animal wastes and those created by human activities, which include household and industrial waste.

Waste water also contains many micro-organisms, primarily bacteria that thrive on the bio-degradable content. In the process, the micro-organisms consume the dissolved oxygen [DO] in water.

Biochemical oxygen demand (BOD) is a measure of the DO consumed by micro-organisms during the oxidation of bio-degradable substances in waste waters. A high BOD would therefore imply a higher depletion in the DO content.

If water with high BOD is discharged into common streams and rivers, the high depletion of DO will starve the rest of the aquatic life such as fish and insects. Waste water is therefore treated to bring down the BOD value to levels below those prescribed by pollution regulatory bodies.

Significance of BOD as a water quality parameter lies in the fact that it measures the impact on the environment [mass of DO consumed per liter of water mg/l] rather than a concentration of any harmful compounds.

The BOD test is a biological test, dependent on the actions of the microorganisms found in wastewater and, as such, is subject to a number of variations. These variations can be caused by various factors, including changes in temperature, weather, composition of incoming sewage, in-plant operations and sampling points. Results can vary widely from day to day, or even hour to hour. One of the major disadvantages of the conventional BOD test is the time lag between the collection of samples and the final calculation of results. This makes the BOD test a poor means for determining whether or not operational changes are needed.

Since the BOD test is dependent on biological activity, the major interferences will be those substances, which inhibit the growth of the microorganisms. These will include chlorine, caustic alkalinity or acidity, mineral acids, and heavy metals (such as copper, zinc, chromium, and lead).

Excessive nitrites can interfere with the BOD determination. Growth of algae in the presence of light can cause problems by actually increasing the DO of the sample before testing, which must be removed by deaeration.

In addition, the rate and degree at which, organic matter in wastewater is decomposed (or oxidized) by the normal bacteria present in a sample is largely dependent on the characteristics of the organic matter. For example, some organic matter (like sugars or starches) is oxidized very easily and rapidly, and will almost always result in measurable BOD. Other organic matter, however, is sometimes resistant to biological oxidation, and may require special acclimated bacteria to oxidize the material and to show BOD. Although this is what actually happens in nature, it causes significant variation in BOD results from sample to sample.

A common problem encountered in BOD testing is during the titration of samples, error in detecting endpoints and color variation. Results also vary from residues building up in the BOD and dilution water bottles. To prevent this, all glassware needs to be acid cleaned on a regular basis.

Forbes Marshall in technical collaboration with IGIB/CSIR lab introduces BioSens, a revolutionary BOD measuring system. BioSens uses a measuring technique that revolutionizes the way the BOD value of an effluent sample is determined. It deploys a special immobilized microbial membrane and a standard DO probe, together forming a Biosensor. This technique helps determine the BOD value within 40 minutes of exposing the Biosensor to the effluent sample. This is in contrast to the 3 or 5 days required by the BOD3 and BOD5 methods respectively.

A consortium of different microbes is deposited onto a nylon membrane by following a specific laboratory procedure. This procedure immobilizes the microbes by trapping them in the sub-layers of the membrane. The immobilized area is about 20mm in diameter placed in the centre of a 50mm square shaped membrane.

The microbes have been critically selected to impart the broad spectrum sensitivity of the membrane to effluents from different industry types such as dairy, paper, beverage and sewage.

The immobilized membrane is then activated following a revival process. During this process the membrane is repeatedly subjected to a mid-level concentration of Calmix solution. The Calmix acts like nutrient for the immobilized microbes causing them to become active.

The revived membrane is subjected to different concentrations of Calmix to confirm that it will eventually respond to varying concentrations of organic content during actual measurement. This process is called linearization.

Next, each linearized membrane is repeatedly subjected to an effluent sample of the industry type for which it will be used. This acclimatization process enhances the sensitivity of the membrane to that effluent type.

The membrane is now ready for use in the real application.

As the membrane holds the acclimatized microbes in an immobilized state it respond rapidly to the presence of bio-degradable substances in a known volume of an effluent sample. BioSens harnesses this behavior of the immobilized microbes, in determining the BOD value in a very short period of time.

The biosensor is immersed in buffer solution to be stabilized. Dissolved oxygen in the buffer diffuses through the outer nylon cloth and then the immobilized membrane. At this interface, part of the oxygen is consumed by the immobilized microbes. The remainder diffuses further through the permeable sheet of the DO probe cap and is detected by its electrodes. The signal reaches a stabilized level indicated as Ii. This represents the endogenous respiration rate of the microbes.

When an effluent sample is added into the buffer solution and stirred, the organic content in the sample also diffuses through the outer nylon cloth and then the immobilized membrane. At this interface, the immobilized microbes assimilate the organic content that results in an increase in their respiration rate and consequently their oxygen consumption. This rapidly reduces the amount of dissolved oxygen that diffuses across the permeable sheet of the DO probe cap and is detected by its electrodes as a falling DO level.

This is shown by the drop in the signal level until it reaches a new steady state indicated by If within 20 minutes.

The difference in the signal levels [∆I= If – Ii ] is used by BioSens to internally compute the BOD value of the sample in terms of mg/l and display it directly on the screen.

The BioSens system comprises of a Computation Unit [CU], a Sensor Unit [SU] and a Support Kit, which includes essential lab-ware & tools. The CU and SU are interconnected by a set of cables.

The SU provides a stable platform onto which a DO probe and a magnetic stirrer are mounted. The DO probe can be positioned suitably for different actions by means of a swinging arm and a clamping lever. The beaker containing the buffer-sample mixture is to be placed over the top surface of the stirrer.

During measurement, the CU acquires the signal from the DO probe – which along with the immobilized membrane forms the Biosensor. The CU also drives the stirrer during specific phases of the measurement. The stirrer maintains the buffer-sample mixture homogenous during the measurement phase.

A touch-screen interface on the front of the CU allows the user to perform the different functions including calibration, measurement, viewing reports and system configuration.

1) Gives result in 40 min, without any incubation at specific temperature
2) Use of ecofriendly chemicals
3) No use of hazardous chemicals and strong acids
4) Sample dilution is directed by the instrument itself
5) Immediate BOD results help in determining the quality of treated effluent
6) In case of batch variation change in BOD can be easily monitored
7) All calculations and data storage is automatic 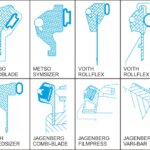 Rod metering: state of the art