CEPI just released the latest European pulp and paper industry statistics, which give a clear picture of the performance of the industry in 2012. These key statistics include data about production, consumption and the trade of pulp, paper and raw materials, as well as data concerning energy, environment, and social affairs.

European pulp and paper production in 2012 continued to be affected by the economic slowdown, which began in mid-2011. Notably, its performance remains above other energy-intensive sectors in Europe. The European paper industry is looking for a healthier supply and demand balance and is modernising its industrial base to remain competitive.

The overall output performance of all CEPI member countries during 2012 was similar to that of other major traditional paper producing world regions, such as USA, Japan and South Korea. Only China and Brazil performed better. 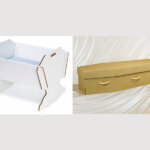 Corrugated from Cradle to Grave