CEPI members produced 90.9 million tonnes of paper and board in 2015; Graphic grades (newsprint, writing and printing paper) represented 38.8% of all paper and board produced in Europe in 2015, packaging grades 49.0%, sanitary and household papers 7.9% and speciality grades 4.3%.

In 2015, the European paper industry’s performance in total was second best in the world after China, with a stable production and increased consumption compared to 2014. The packaging sector’s production continued to increase whilst graphic paper (newsprint, printing and writing paper) maintained its recent decline. This and other figures can be found in the Confederation of European Paper Industries (CEPI)’s recently-launched 2015 Key Statistics brochure, which gives a clear picture of the industry’s performance last year. The report includes data on production, consumption and the trade of pulp, paper and raw materials, as well as on energy and environment.

Here are the main highlights of the report:

Ernst & Young issued a limited assurance statement on the data quality rating that CEPI carried out on its core indicators in the statistics report. 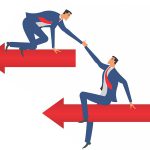 JK Paper Ltd. Comes up with an NBO to Acquire BILT's Units 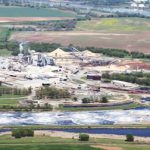