Ilkka Hämälä, President and CEO of Metsä Group Appointed as the Chairman of Cepi - Papermart
FacebookTwitterLinkedinYoutubeEmailWhatsapp

In the new role at the helm of the confederation, Mr. Hämälä will be held responsible for closely working with EU Institutions in support of the European Green Deal and facilitating an environment enabling the investments in the pulp and paper industry.

Ilkka Hämälä, President and CEO of Metsä Group, has been appointed the new Chairman of Cepi (Confederation of European Paper Industries), as of January 1, 2022.

Since 2018, Mr. Ilkka Hämälä has been the President and CEO of Metsä Group, a forest industry group based in Finland, and having operational presence in about 30 countries. The Group’s annual sales are roughly EUR 5.5 billion and it employs some 9,300 people worldwide. The parent company of Metsä Group is Metsäliitto Cooperative, which is owned by approximately 100,000 Finnish forest owners representing almost half of Finland’s private forests, which are some of the largest in the European Union.

During his association with the Finnish company which dates back to 1988, Mr. Hämälä has held various high-level positions.

The previous chairman of Cepi – Mr. Ignazio Capuano, regarded as a strong supporter of the modernisation of the pulp and paper industry, ensured the alignment of the sector with the objectives of the EU Green Deal during his tenure. Presently, the Deal is at the stage of a legislative proposal by the European Commission and the EU’s main instrument in reaching the Union’s climate objectives.

With this new role, Mr. Hämälä will be held chiefly responsible for working hand-in-hand with EU Institutions in support of the European Green Deal. As the representative of the European pulp and paper industry, he will continue the work of his predecessor while ensuring that the industry remains competitive and sustainability will be a key priority.

Further, in tandem with the EU’s climate ambitions, he will work towards facilitating a safe regulatory environment in the industry enabling the investments necessary for it to further transform, innovate and achieve its emission reductions targets. 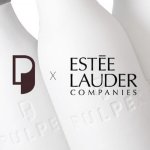 Estée Lauder Companies to Bring Paper Bottle Made from Pulp 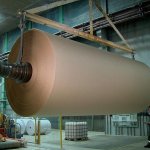