Swaminathan joined IP in 2012, as managing director and CEO of International APPM Limited (IP-APPM). He became an International Paper vice president in 2013. Swaminathan will continue to be responsible for IP-APPM’s operations in India. Swaminathan also is chairman of the IP India Foundation. He serves as a member of the advisory board of the World Wildlife Fund (WWF) and is an independent director of EREOI Power Systems, a renewable energy technology company.

Prior to joining the company, Swaminathan held a number of management positions with Cummins Inc. He holds a degree in commerce from St. Joseph’s Commerce College, Bangalore University, India, and a post graduate diploma in industrial management from the TA Pai Management Institute, Manipal, India. Swaminathan will continue to be based in Hyderabad, India. 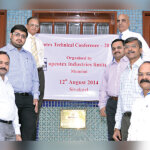 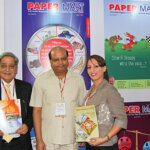 Paper Arabia 2014, to be held from September 21 to 23, adds corrugated and carton industries to its portfolio