Paper Arabia 2014, to be held from September 21 to 23, adds corrugated and carton industries to its portfolio - Papermart
FacebookTwitterLinkedinYoutubeEmailWhatsapp

According to the ‘Future of Corrugated Board Packaging up to 2019’ report published recently, the global corrugated packaging industry generated nearly 90 million tons of finished products, worth over $140 billion in 2013. Demand for corrugated packaging material is expected to grow 4% annually over the next five years to reach $176 billion by 2019, according to the same report.

It is estimated that the UAE traded over 3 million tons of corrugated packed products (worth $4.6 billion in 2013) either consumed domestically or re-exported to other parts in Middle East, Africa and parts of Asia.

These figures were highlighted by the organizers of Paper Arabia 2014, MENA’s premier specialized event for the paper industry, which will be held at the Dubai International Exhibition Centre on 21-23 September 2014 at Zaabeel Hall 1. The organizers also announced the addition of corrugated and carton industries to the line-up in this edition.

Lamyae Zafati, Exhibition Manager, Al Fajer Information and Services, organizers of Paper Arabia 2014 said: “Paper Arabia 2014 has brought corrugated and carton industries on board due to the growing importance of these two dynamic sectors in the UAE and the Arab world. Globally, 90 million tons of finished products of corrugated packaging were produced from 110 million tons of containerboard material, manufactured in over 750 paper mills globally. The UAE is increasing the capacity of producing corrugated packaging finished products dependent on the paper mills operating in the country, however, we export more than 90 percent of these packaging products that usually come embedded in the industrial, agriculture, FMCGs and other end user products consumed internally or re-exported to other parts of the world.”

Highlighting the importance of Paper Arabia for the packaging segment, Zafati added: “According to the World Packaging Organization report, Paper and board packaging consumption in the Middle East stood at US$ 7 billion, against the global consumption of US$ 165 billion. It is more in value than Eastern Europe and Africa regions.”

She added: “The Middle East consumption will be nearly 9 percent of the world’s consumption by 2020, making the region the fastest growing market for this industry as its annual growth stands at 15 percent while global growth is around 4 percent.”

The Middle East’s consumption of paper for packaging is 5 times higher than its consumption of glass packaging for example, despite the fact that the region’s share of the world’s consumption of paper (around 5 percent currently) is less than that of glass (around 9 percent currently). This reflects the potential that the paper industry holds for the region as paper serves as an alternative to other packaging options, including rigid plastics, flexible plastics, metal, glass and others for lower environmental impact, as well as the recycling trend that is gaining momentum in the Middle East, especially in the UAE.

“Packaging accounts for the bulk of paper consumption in UAE. Paper and board packaging is the single largest element of the packaging market, with more than 40 percent share of the paper industry in the Gulf,” said Zafati. “The demand for paper for packaging is rising in developed and developing markets alike and the Arab world is no different. We think that the growth in import of paper products can be linked to rising incomes and lifestyle changes, and in part to Dubai and UAE as a transit hub due to hectic trading activity in the free zones.”

Key industry players will be showcasing their latest products and solutions for the entire production chain, from pulp to packaging, distribution, wholesales/retailing, trading and marketing products in the three day show.

With more than 100 exhibitors from 40 countries from across the world, Paper Arabia 2014 will be a key platform for traders and industry players to interact. The show’s participants include leading global names from the paper, tissue, packaging and converting sectors.

The paper, tissue and converting industries will be displaying latest technologies at the show. A wide array of machinery products targeting paper mills will be displayed, along with a range of household paper for end users. 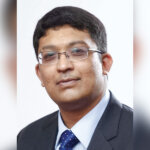 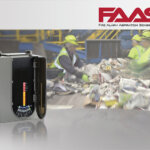