Market demand for increased quantity and higher quality drove Cartiera di Momo to decide in late 2015 to replace the existing 30 years old Bekaert Solaronics infrared systems with the goals of increasing the machine speed, reducing the gas consumption as well as improving the quality.

Bekaert Solaronics supplied four gas infrared systems; UniDryer® V3 followed by sets of Air Bars after each of the four coating stations. The Energy Recovery Concept was again applied to this project with the Air Bars Sets directly fed by the exhaust hot air coming from the UniDryer® V3 systems. This concept allows even more energy savings. The start up took place in August 2016.

Huge energy savings of over 30 percent

All the goals of the project have been met. Implementation of Air Bars with ERS has led to a drastic decrease of gas consumption. “Almost immediately natural gas consumption dropped drastically,” says Mr. M. Ugo Dell’Aria Burani, Managing Director, Cartiera di Momo. “Only ten months after the installation, savings of over 30 percent were measured with natural gas consumption of approximately 9.9 standard cubic meters per ton of production versus the previous 13 standard cubic meters per ton,” he adds.

The project’s goal was to increase the machine speed while keeping or improving the quality requested by the end customers.Thanks to its power and flexibility, the UniDryer® V3 achieves optimal quality control: the infrared parts of the systems allow reaching the gel point in a fast time lapse and the convective parts of the systems permit reaching the average moisture needed for the application.

Cartiera di Momo quality engineers measured and compared the offset printing before and after the machine modification. According to Mr. M. Ugo Dell’Aria Burani, the difference is noticeable. He says, “The optimal drying of all coating layers gave considerably improved print quality”. 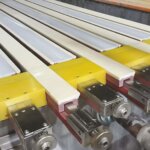 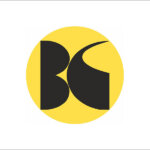 Black Clawson Limited : A Product Range for the Recycled Board Industry