Kellogg Company will determine how it transforms its packaging further going forward, based on the success of this pilot project. This could involve trying to transition to recyclable at kerbside plastic liners – which are currently available in Ireland and Belgium.

US-based food manufacturing company Kellog’s, in partnership with Tesco, is going to pilot recyclable paper liners for its cereal boxes in a select number of stores from January 2022.

As per the multinational company, the plastic inner liner in cereal boxes is not currently widely accepted in kerbside recycling. The new paper liner is recyclable and will make Kellogg’s entire cereal packaging paper-based, as the cereal’s outer card packaging is already fully recyclable.

Moreover, the new packaging, designed by Kellogg’s packaging technologists, will be more suitable for the process of filling and sealing bags inside of cereal boxes that takes place at the company’s factory, as well as for transporting the cereal to retailers.

Chris Silcock, Managing Director at Kellogg UK and Ireland, comments: “We know people want to do more to help the planet and that’s why we are working hard towards meeting our commitment of all Kellogg’s packaging being reusable, recyclable, or compostable by the end of 2025.”

Kellogg’s says that the results of the pilot will determine how it adapts its packaging going forward. This could involve trying to transition to recyclable at kerbside plastic liners – which are already available in Ireland and Belgium – or rolling out fully paper-based packaging.

David Beardmore, Grocery Director, Kellogg Company, remarks, “We are committed to working with our suppliers to remove, reduce, reuse, and recycle packaging, particularly plastic. It’s great to see that Kellogg is trialling a paper cereal bag in our stores – our customers will be pleased that they can easily recycle the bag at home.”

Previously, Tesco and Kellogg have worked together on a few sustainability initiatives including a trial to collect cartons at in-store recycling points, which provided a short-term recycling solution for the tube packaging of Pringles.

Earlier this year, Kellogg’s also announced its plans to remove excess air from its cereal packs, which could result in a 700-tonne annual reduction in carbon from the company’s operations. Furthermore, Tesco had launched its partnership with Loop to offer customers a range of food, drink, household, and beauty products in reusable packaging. 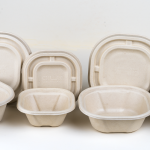 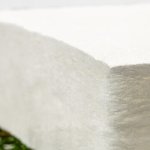