The ﬁrst commercial cardboard box was produced in England in 1817.

Initially, the commercial use of paper bags began in the year 1844. In 1852, the paper bag-making machine was invented in the United States.

In the 1870s, glued paper sacks and the gusset design were conceptualised which paved the way for producing paper bags as we know them today.

The 1850s: Rise of Corrugated Paper

1890: Changed the Course of History

The year 1890 was truly the year of historical significance when we talk about the history of paper-based packaging.
In that year, a Brooklyn-based printer and paper bag manufacturer Robert Gair, by sheer chance, invented the precut box when he was printing paper bags and a metal ruler malfunctioned –ending up in cutting through the bags. That being so, he suddenly realised that precut paperboard boxes could be produced by cutting and creasing paperboard. It was closely followed by when he implemented this idea to corrugated cardboard.

The Kellogg brothers, famously known for coming up with Corn Flake cereal, began using cardboard to distribute and market their cereal products as early as 1906. It was packaged in 100 percent paperboard packaging.

In 1909, several fiberboard manufacturers came together to form an association – The Fibre Shipping Container Association, to clearly define the quality standards for corrugated boards primarily based on the thickness of facings and bursting strength, measured by the Mullen tester.

In the middle of the 20th century, TAPPI (Technical Association of the Pulp and Paper Industry) developed the Corrugated Containers Division that is responsible for developing most of the material test methods used today.

The upsurge in recycling in the 1990s further transformed the industry. More Old Corrugated Containers (OCCs) were getting recycled to reclaim the fibers. While the fiberboard content varies depending on recycling, it is still relatively higher in kraft-based content.

The 2020s: Rise of Smart Packaging

With the inclusion of NFC chips, QR codes and temperature sensors and augmented reality, smart packaging will be at the forefront of packaging industry changes in 2020 and beyond. 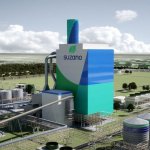 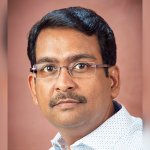 Riyo Parapack: Corrugated Packaging on the Cusp of Strong and Steady Growth