Post-investment, the annual formed fiber capacity of the Hylte site in Sweden will be around 115 million units, making Stora Enso one of the leading suppliers of formed fiber in Europe.

Stora Enso will invest EUR 8 million (~USD 9.07 million) to double its production capacity of formed fiber in Europe. With the new production line in Hylte, Sweden, the Finland-based Packaging and Biomaterials Company will be able to meet the increasing demand for formed fiber. With the investment, Stora Enso’s position is further cemented as a leading provider of renewable materials that replace fossil-based ones.

The formed fiber products of the company are utilised in food packaging products like bowls, trays, and lids. Their technology is also utilised in producing fiber bottles. Following the investment, the annual formed fiber capacity of the Hylte site will be scaled up from 50 million units to around 115 million units, making Stora Enso one of the leading suppliers of formed fiber in Europe.

Formed fiber is renewable, recyclable, and biodegradable, and they are being used to replace plastics in a number of applications. PureFiber™ is a range of formed fiber products with no per- and polyfluoroalkyl substances (PFAS) and has about 75 percent lower carbon footprint as against alternative packaging materials like plastic or bagasse.

Sohrab Kazemahvazi, Senior Vice President, Head of Formed Fiber at Stora Enso, says, “There is a high demand in the market for eco-friendly, circular packaging solutions that replace plastic and other fossil-based materials. Our formed fiber offering can help brand owners meet their sustainability targets while responding to consumers’ demands for a cleaner future.” 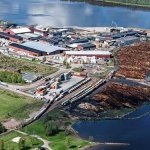 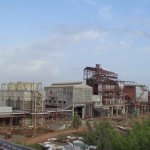