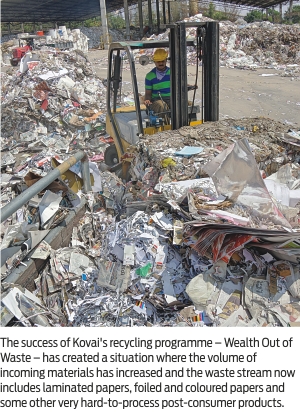 The success of a recycling initiative known as the WOW programme was the driving force for ITC of India to install a FibreFlow drum pulper. The drum, which processes a wide variety of wastepaper types, has been called “a game changer” by mill management.

This is a story of success breeding success.
The first “success” is a unique recycling initiative – called Wealth Out of Waste (WOW) – which was the brainchild of ITC, an enterprise rated among the World’s Most Reputable Companies by Forbes magazine. ITC’s Paperboards and Specialty Papers Division (PSPD) created the recycling initiative so that consumers, students and businesses in southern India would contribute to the collection and recycling of post-consumer waste.

The success of WOW was the foundation for ITC’s next “success” – an efficient processing system with the flexibility to handle the volume and diversity of the wastepaper collected from the local communities. A FibreFlow drum pulper from ANDRITZ is quite handily meeting this need.

Those are the facts in summary form. But, there is more to the story.
.

ITC is one of India’s foremost private companies (US$ 7 billion turnover). It employs more than 31,000 people. It was incorporated in 1910 as the Imperial Tobacco Company. But, in recognition of its multi-business portfolio, the name was changed to ITC Ltd. in 2001. ITC’s portfolio today includes consumer goods, hotels, packaging, agri-business, information technology, paperboards and specialty papers.

ITC is the market leader in the Indian paperboard and packaging sector. All four mills in its PSPD have received the Forest Stewardship Council’s Chain of Custody certification. ITC is the first Indian company to gain membership in the WWF’s Global Forest & Trade Network, which is aimed at creating a new market for environmentally responsible forest products.

ITC certainly “walks the talk” as they say when it comes to sustainability. It is the only enterprise in the world of similar size that is carbon-positive, water-positive, and solid waste recycling positive. It was among the first 10 companies in the world to report on sustainability using the G3 guidelines of the Global Reporting Initiative (GRI).

This focus on sustainability brought WOW into existence.

India in general has a rather low recycling rate. Estimates range from 12-15%, compared to up to 70% paper recycling in European nations.

“Our studies show that, on average, an Indian city generates around 2,500 tons of waste every day,” says Makarand Barhanpurkar, Head of ITC’s Kovai Unit. “Since recycling rates are traditionally low, the waste goes to landfill or is incinerated locally. We decided to take the issues of waste management, source segregation of waste and recycling directly to the people to see if we could have a positive influence.”

The WOW programme educates people in an entertaining and invigorating way about the benefits of recycling. Not just for paper, but for other valuable waste streams such as metals and plastics. There is a financial incentive to the program. People are paid a small amount per kilogram for contributing paper, plastics, and metals.

WOW is operational in several cities in southern India. ITC pioneered the first ever National Recycling Day on July 1, 2010. That year, 15,000 school children participated. The most recent events saw over citizens from the city of Hyderabad, 350,000 school children, 5,000 corporate executives and several commercial establishments participating.

“In the cities where it is active, WOW has resulted in a 30% reduction in solid waste going to landfills,” Barhanpurkar says. “Our monthly collection of waste paper at this mill is now about 3,500 tons. We have the potential to expand this to 5,000 tons within a year.”

The success of WOW was a good thing for the ITC’s Kovai mill – which uses virtually 100% recycled fibre in the production of Grey Back and White Back duplex board. However, it also created a problem.

“Our old batch pulpers could not handle the volume of waste paper coming into our mill,” says P. Ravindran, Manager of the Stock Preparation department, “and were constantly plugging due to the make-up of the furnish. The plugging extended to our downstream equipment as well. The incoming waste stream includes plastic laminated papers, foiled and colored papers, and some other very hard-to-process post-consumer products.”
.
.

Drumming up a solution

“We are now at a point where 100% of the furnish for the filler layer in our duplex board is produced from domestic wastepaper,” remarks S. Masilamani, Production Manager at Kovai. “WOW did this for us – allowing us to better control our inventory levels and to better control our costs, since we have reduced the use of costly imported waste paper.”

The mill produces 100,000 t/a of duplex board on one machine. The filler layer makes up the majority of the grammage of the board – whose grades range from 230-430 gsm. About 80% of the machine’s production is Grey Back, 15% White Back and the remainder other specialty grades, such as cup stock.

In fact, the production of cup stock led to another challenge. “The cup stock was not recyclable in our old batch pulpers,” Masilamani says. “We started to look into drum pulping solutions.”

The requirements were straightforward: higher throughput, flexibility to process a wide range of waste, removal of major contaminants early in the process, lower fibre losses and low energy consumption. Now the question became, “Whose drum pulper to buy?”

ANDRITZ’s Gary Beckingham, Vice President for Pulping and Fiber Preparation Systems in Asia, visited ITC’s head office to discuss possible solutions. “Our FibreFlow drum technology has been in existence for over 30 years,” Beckingham says. “The oldest unit in India is from the 1970’s and it is still operating today. Still, for ITC this would be their first use of this technology. They were very interested in our references to see how effective the drum was in the real world of handling difficult waste paper materials.”

“We did a thorough internal evaluation of which drum pulper to select,” says R. Nandha Kumar, Manager of Engineering at Kovai. “When you look around our raw material storage area, you see a little bit of everything – from high-quality pressroom cuttings to the most colored and laminated paper products imaginable. We needed to be convinced that the FibreFlow drum could handle this range of furnish without plugging and without fibre losses.”

“We visited several mills in China to see ANDRITZ and competitive equipment,” Masilamani says. “One visit that was particularly impressive was the ANDRITZ installation at Stora Enso Huatai Paper (Dawang Mill).”

“ANDRITZ was not the cheapest solution, but after all the presentations and our own investigation, we were convinced that the FibreFlow drum would be the best option for us,” says Barhanpurkar. “Our original analysis proved to be valid. The ANDRITZ technology has completely met our expectations.”

How it works … and works

The FibreFlow drum pulper at the Kovai mill is rated for 300 t/d production. It has two zones inside it: one to defiberise wastepaper, and one to remove trash and major contaminants.

“The drum defiberises wastepaper by gentle dropping and rolling actions,” Beckingham says. “There are no moving parts inside and nothing to cut the fibre, so strength properties are retained. This also avoids disintegration of the contaminants.”

“Our batch pulpers cut plastics into very small bits that were difficult to remove downstream,” says G. Suvegan, Deputy Manager for the Mechanical Department and Project Manager for the FibreFlow drum installation. “With the drum, plastics and other contaminants come out whole. We get continuous production without much variability.”

Suvegan noted that commissioning for the drum began in October 2011. “We did not have any major problems during start-up, but there were small things, like some of the instrumentation,” he says. “One issue was in processing large sheets (approximately 1 meter square) of heavily laminated papers. The gentle slushing action of the drum was not sufficient to break down and separate this material. ANDRITZ’s solution was to install some metal knives inside the drum to aid in processing this material without disintegrating the plastic. It improved the performance up to a certain level but not fully.”

As the bottleneck was only in processing large laminated sheets, and not small trims, the ITC team came up with an innovative idea to install an online paper shredder. “The online shredder works beautifully,” Suvegan says. “The fibre is recovered and the plastic laminate is extracted in large pieces so it doesn’t impact the downstream equipment.”

“Since we installed the drum, we have been able to process highly contaminated waste, something that we could not do before,” Masilamani says. “We also had frequent plugging and jamming of our downstream equipment due to our inability to remove all the contaminants from the furnish. This is no longer the case.”

Kovai also added a hot disperser from ANDRITZ for the filler layer at the same time the drum pulper was installed. “This helps remove stickies and other contaminants from our filler layer,” says Ravindran. “The level of contaminants has gone down, even with the increased use of lower cost raw materials. The quality of the filler layer has improved.”

“Now that we have educated ourselves about the full capabilities of the drum, we are in the process of upgrading our down-stream equipment to handle the rated capacity of the drum,” says Barhanpurkar. “Once we replace this equipment over the next months, we will get the full benefit of the drum, including its 300 t/d output and its energy efficiency.”

Efficiency and the environment

The Kovai mill is located at the foothills of the Nilgiri Hills (Blue Mountains), which are a range of mountains with 24 peaks above 2,000 m. The area is a popular holiday destination for people who like to trek and enjoy the outdoors.

There are numerous rivers and streams nearby. In a rather unique situation, water is drawn from a nearby river, but not returned there. All of the mill’s effluent is treated and used for irrigation of a 200 ha plantation. “We have worked diligently to lower our fresh water consumption,” says Barhanpurkar. “We decreased specific water consumption by 43% over a five-year period. It is today less than 10 m3/t of product.”

“The fibre loss with this drum is extremely low,” Masilamani says. “We can see only plastics coming out of the drum pulper. That is a big benefit for us, as the plastics are utilised locally.” The plastic contaminants are shredded at the mill and transported to a nearby cement plant, where they are co-processed with the cement in the kiln.

Another tribute to the drum’s flexibility and efficiency is the fact that wastepaper pre-sorting is no longer needed. “We used to have about 50 people pre-sorting our imported wastepaper, to remove things that our batch pulpers could not handle,” Masilamani says. “Today, that operation has been completely shut down. There is no need to pre-sort as the drum pulper can handle just about everything.

“The drum pulper can handle our steadily increasing volume, remove major contaminants intact and process even the most difficult wastepaper streams,” Barhanpurkar summarises. “Combined with our WOW programme, this is a story of success breeding success.” 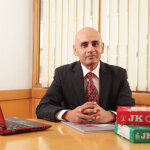 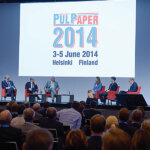