BILT is reportedly selling the Malaysian Arm to Nine Dragons Paper Group; the deal is set to lock at USD 350 million.

Gautam Thapar-controlled Ballarpur Industries is under discussion with Chinese giant Nine Dragons Paper Group to sell its Malaysian forest arm, Sabah Forest Industries, in a USD 350-million deal. Negotiations have been ongoing. There have been issues like valuation mismatch but these are likely to get sorted now. However, there is still no guarantee that discussions will lead to a transaction.

Sabah makes paper and paper-related products. It also offers solid wood-related products such as rough and chemically treated sawn timber and panel-based products, including dried veneer and raw plywood, according to its website. BILT has a consolidated debt estimated to analysts, only asset sale would help the company get away from the heavy debt burden that it faces. 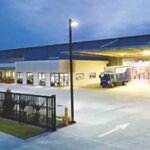