The antidumping duties range from 14.9 percent to 29.0 percent and apply among others on volumes sold by Mondi, Billerud Korsnäs, Kapstone Kraft Paper, Oji Paper and Nippon Paper

China has introduced definitive antidumping (AD) duties on imports of unbleached sack kraft paper from the EU, USA and Japan. According to China’s Ministry of Commerce (MOFCOM), the antidumping investigation, which covered the period between 1 November 2013 and 31 October 2014, determined that dumping had occured and that China’s industry was materially injured by the dumping.

The definitive AD duties cover semi-extensible, high porosity brown sack kraft paper weighing 115 g/m² or less and will apply for five years, starting on 10 April 2016. At 14,9%, Kapstone Kraft Paper and other US-manufacturers obtained the lowest AD margin in the case. The highest margin is set at 29% and applies to a number of other European producers, including Mondi Stambolijski EAD. 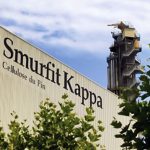 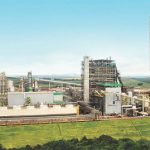