More than 2,000 years after the invention of paper in China, the country’s scientists are claiming another breakthrough that replaces its key ingredient with the dirty waste from coal-fired power plants.

The result – which is almost indistinguishable from paper made from wood pulp – achieves a more than 90 per cent match to pure whiteness, despite being made with the black fly ash produced from burning coal.

The process has passed stringent tests in real production lines and is ready for mass application, with some Chinese paper mills now able to replace nearly half the wood fibres in their products with the chimney waste, according to scientists involved in the government-funded research programme.

The breakthrough has come nearly 10 years after Professor Zhang Meiyun, from the Shaanxi University of Science and Technology, and her colleagues first proposed that calcium silicate in fly ash could be used as filler in paper.

In 2010, Zhang and her colleagues realized that fly ash could be used as an alternative for wood pulp, considering that its chemical and physical properties are similar to industrial additives already used in papermaking.

The new product addresses two problems – the environmental impact of the global industrial demand for timber and how to dispose of millions of tonnes of fly ash each year.

“The first sheets that came out in our lab looked grey,” Song Shunxi, one of the scientists involved, as reported in a China’s leading dailyt. “We had a Cinderella but the paper industry wanted a Snow White. It didn’t work out very well.”

In solving the problem, the team relied on a chemical process that extracted aluminum from fly ash. They eventually succeeded in improving its whiteness, but the paper became too fragile.

In 2014, after further research, the team finally managed to address all papermaking concerns. The only problem was that no factory wanted to try making their paper. 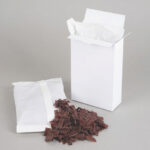 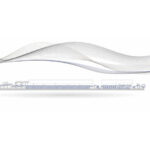