Initial Start-Up: Initiated into family business (Emami) as an undergraduate student and learnt the ropes since then.

One thing you always say to yourself: God give me the serenity to accept things I cannot change; courage to change things that I can and the wisdom to differentiate between them.

Your idea of happiness: Believe in others and in self.

In free time what do you do: I spend time with family, listen to music (I am fond of classical music), read books on philosophy, poetry and quotations.

Initial Start-Up: Initiated into family business (Emami) as an undergraduate student and learnt the ropes since then.

One thing you always say to yourself: Do your work and don’t be too concerned or perturbed about the results. Good and honest labour will always be rewarded. Results will come automatically.

Your idea of happiness: To accept things with understanding and not with any grudge; to believe that whatever happens in the world happens for good.

In free time what do you do: I spend time with my children (family) or I play golf. I am an avid golfer.
Emami came into inception when two friends gave up their jobs at one of the Birla companies in 1974 and began selling cosmetic and beauty products piled at the back of a hand-pulled rickshaw. Gradually as the time went on it grew as a group with so many offerings under one umbrella. Emami Paper started in mid 80’s as a small 20 TPD newsprint plant has reached a sizable capacity of 400TPDand has some planned expansions in the pipeline. Mr. R.S. Agarwal and Mr. R.S. Goenka have made their mark in the list of self made entrepreneurs. Now is the turn of the next generation to carry forward the group with the same intensity and enthusiasm. In a joint interaction with the two Young Turks Mr. Aditya V Agarwal and Mr. Manish Goenka, they shared their views on the newsprint scenario, their strategies tomoveforward, future plans etc.
Q: Mr. R.S Agarwal & Mr. R.S. Goenka the first generation entrepreneurs have started the company from the scratch to the top of the table. Now it’s the turn of second generation entrepreneur to fire. What’s your take on this?


Mr R S Agarwal and Mr R S Goenka are still at the helm of affairs. Though the second generation directors like us are more deep rooted in the business and manage operations on a day-to-day basis, however, everything is done under the overall supervision and guidance of Mr Agarwal and Mr Goenka and as per their policy guidelines. They remain as the beacon for all our future progress and development.
Q: What Strategies you undertake to manage the multiple businesses of Emami?
Before embarking on any business, we do our homework very well and ensure that we have all resources at our disposal to make the new venture a success. We always try to go in great details and depth and try to remain focused. The responsibility of group businesses is divided among the second generation promoter-directors under the overall supervision of Mr R S Agarwal and Mr R S Goenka. There are no fixed strategies for success for a business. Strategies are devised on a case to case basis, depending on circumstantial developments. Some basic strategies remain the same for all businesses. Our focus has always been on team building and we believe in this process. We build up teams and then delineate responsibilities and powers to team members to discharge duties effectively.
Q: Emami Papers had a meandering ride in the Industry? Kindly elaborate on some of the challenges it faced&howthey were resolved?

Every day is a challenge, a new challenge. Emami Paper Mills started in the mid-80s with a 20TPDnewsprint plant at Balasore in Orissa. Despite being an old plant, the challenge was to produce newsprint as well as writing and printing paper as per the market demand. Subsequently, we took over an ailing paper mill, Gulmohar Paper way back in 90s. It was later re-christened as Emami Paper Mills Ltd. The first challenge was to make the sick unit viable which we did. The next challenge was to overhaul the plant and machinery and re-launch the mill. Then there was the challenge of establishing itself as a prominent player and garnering market share. The task was tougher for us as we were pitted against some biggest names in the paper industry who were formidable players in the market. But through proper planning and its implementation we could establish ourselves in the paper industry and today we are the biggest newsprint manufacturers in the country. Even mobilizing resources and ensuring a peaceful and harmonious industrial relation were extremely challenging. It needs to be borne in mind that we started business in West Bengal in the most turbulent times that the state ever saw so far. A core team, comprising Mr. A C Gupta,Mr. P S Patwari and Mr. M B S Nair, was formed which confronted all the challenges and on every occasion emerged even stronger.
Q: Kindly, throw some light on some of the major developments in last 5 years at Emami Papers?
Among the significant developments during the last five years would be installing and commissioning of 250 TPD paper machine-3, a 300 TPD de-inking pulp mill (DIP) and a 15 MW power generation plant at Balasore unit. The machineries were procured from Voith, Germany. It might be pertinent to point out that with the commissioning of the Rs 330-crore paper machine-3, Emami Paper Mills became India’s largest and best quality newsprint manufacturer while quality, speed and efficient production planning made it the world’s lowest-cost newsprint manufacturer, with all controls being online and automated. Emami Paper has fastest machines in the country that runs at 1.1 km per minute. As a positive contribution to environmental protection, ETP (effluent treatment plant) and a de-inking sludge dewatering unit were installed at Balasore unit in Orissa. This sludge is burnt in our boiler and power is generated out of it. The process has made the company eligible for carbon credit. Emami Paper has also got the TPM Excellence Award from JIPM, Japan.

Q: Share some new ideologies which the new generation has used in the recent years?
We imbibed the ideologies of Mr R S Goenka and Mr R S Agarwal and focused more on transparency, corporate social responsibility, maximization of stakeholders’ value etc.

Q: Newsprint market is increasing tremendously as the readership is increasing but the use of electronic devices has somehow hampered the print media eg. Mobile, T.V., laptops, e-newspaper. Your take on this.
There has indeed been a revolution in the medium of information, so much so that already debate has started on whether the ushering in of electronic devices, new media, web media are leading to the death of the newspaper. It is being asked on whether electronic, web based and new media centric information disbursal system will relegate the broadsheet to history. This is very far from reality at least in India. The print media still commands a very significant share of India’s total advertising spends. The circulation figures of almost all newspapers are growing. Many single city publications have opened multi-edition papers. Newspaper thus still remains the primary source of information for the masses as the penetration of new media/web-based media etc, in our country is still very low. Thus, newspaper still retains its pride of place despite the influx of technology-driven news dissemination.

Q: Further what kind of opportunity you see in the fact that more than half of newsprint demand is met through imports?
Since the demand for newsprint is increasing so we are optimistic that the domestic produce will be fully utilized. The publishing houses import newsprint due to dearth of good quality newsprint in the domestic market. We see this as a big opportunity for growth and are in the process of installing more machines for making good quality newsprint as per the requirement of the publishing houses which will replace the imported stuff.

Q: Kindly update on the expansions planned at Emami Paper.
We have embarked on setting up a 400 tonnes-per-day newsprint manufacturing facility at Balasore, involving a capital outlay of Rs 500-crore. The unit is expected to be commissioned within two years. Besides, a wood-based pulp and paper project has also been planned at Balasore, having a capacity of 600 tonnes-per-day. The project will entail a capital investment of Rs 2000-crore and will be implemented in two phases spread over a span of three-four years. 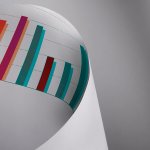 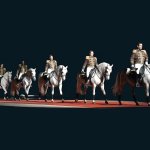