Business is all about results. Results arise from opportunities. Opportunities arise from work. And business must work beyond the boundaries of achievement to establish itself from good to great. In this edition we are introducing some of the top companies in INDIAN PAPER INDUSTRY wherein highlighting their future plans, new technologies adopted, recent product launches, CSR etc. In order to give the due recognition to the paper industry like those of IT, power, oil & gas industry etc. With this endeavour we would like to see the Indian paper industry embossed as the permanent stamp on the worldMAP.

• Light ECF bleaching technology using Ozone in stages of the bleaching operation to reduce the usage of Chlorine and manufacture brighter, stronger pulp with lighter environmental footprint than before.

• “Green” Boiler – it depends on non-traditional, renew-able bio mass for fuel and thereby reduce dependence on fossil fuels by over 100,000 tonnes per annum.

• A4 packaging line with on-line packaging of copier paper. First of its kind machine in India, using Servo technology to give a perfectly registered cut-pack.

• DigiArt – coated board for digital printing available in ready to use pre-cut sizes.

• ITC is the only organization in the world, of its size and diversity, to be simultaneously Carbon Positive, Water Positive, and SolidWaste recycling positive.

• ITC successfully registered a social forestry project as a CDM project under the UNFCC. The project, a first-of-its kind in India, has been initiated on private degraded wastelands owned by tribals and the rural poor. It will contribute to the livelihoods of these disadvantaged sections in 193 villages in the district.

• ITC achieved the unique distinction of becoming the first Indian company to be invited to become a member of the WWFGFTN for responsible forestry.

• Got FSC certification for two of its manufacturing units – in Kovai and Bhadrachalam.

“We will expand our presence in both papers and paperboards while continuing to keep environment concerns at the core of all our development.”

No. of employees: 2708 (permanent employees)

• Janus Super Calendar from Voith installed at Bhigwan to impart gloss to the coated paper.

• A huge warehouse is constructed to stock the finished paper.

• QCS installed on two machines for online monitoring & control of moisture, baseweight and ash of paper.

• Improved cleanliness of paper by introducing screens with fine slotted baskets at the approach flow system of paper machines and broke handling system.

• Replaced inefficient motors in the plant by installation of variable frequency drives (VFDs) and modification of the mill’s lighting system.

• A new A4 cut size packing line with latest technology was installed at Sewa.

• Several other cost reduction initiativeswere implemented, such as use of MFO to replace diesel in lime kiln, utilize power from the limited capacity government power grid, and in-situ size press starch conversion (enzymatic starch) instead of using oxidized starch.

• Complete revamping and upgrading of the pulp mill.

• Retail segment products for the export markets like colored matrix grades in 5 colors and BCB 400 gsm for scratch coupons.

• “Ten on Ten” copier and P3 to cater the retail segment.

• To strengthen the farm forestry program and increase its acceptability amongst farmers in the catchment areas of our mills, BTTL supplies fast growing, site specific quality planting stock with technical knowhow.

Note : This information is compiled from BILT 2008-09 annual report and other reliable sources.

No. of Employees: Close to 3000 employees

Trials for usage of WGCC / PCC as fillers in JK Branded products were undertaken, for improving the printing properties of paper and also the aesthetic look.

• Obtained loan from IFC ofUSD3 million to implement water and energy saving measures. This is estimated to result in 17% reduction in water consumption and 10% savings in energy consumption. The savings envisaged equal the average annual water consumption of 75,000 Indian households and energy use of 9,100 families.

• 25 Women Self-Help Groups have been formed in 12 adopted villages with a membership of 294 rural Women, mostly belonging to Tribal Community. As a part of Health Education, 29 Balika Mandals with 466 adolescent girls were formed for sensitizing the target audience on basics of health care.

• To intensify the efforts on the Community Development front and thereby to create a better quality of life to the people of the society in the vicinity, the company has formed a new NGO named ‘SPARSH’.

Planning the installation of a new paper machine of 150,000 TPAand pulp mill of 200,000 TPAalong with utilities.

• Installed a multi-fuel boiler with steam generation capacity of 125 TPH.

• Entered into an agreement with Tamil Nadu Water

Investment Company to reduce the total dissolved solids in the final effluent and thereby improve the effluent standards further.

• Innovative solution of Lime Sludge Management is to be undertaken.

• 450 TPD ECF Fibre line along with a 1300 Tons Black liquor solids/day is under various stage of implementation and expected to be operational by September 2010.

• Bagasse based papers got licensed for Eco Labeling a distinct honor to be attained.

• Electrostatic precipitators have been installed in all boilers in lime kiln to arrest particulate from flue gases.

• Company is also under implementation of FSC certification of its products within two months.

• A 500 TPD multilayered board plant including latest technology fromVoith is under installation.

• To improve the quality of its Recycled Fibre Base papers Size press has been considered, which is expected to be commissioned in 2011 beginning.

• Semi-automatic reel packing machine with a capacity of 40 reels per hour.

• A 67,000 TPA machine (PM 6) which is capable of producing writing and printing grades has been installed.

• Up-gradation of No 3 Paper machines at unit APPM and

– Old condensate system was replaced with new one

At Unit: CP the following changesweremadeonPM3

• Andhra Skytone and Andhra Starliner in the premium segment.

• All the chimneys of Recovery Boiler, Coal fired boiler and lime kilns are connected with state of the art ESPs (Electrostatic Precipitators)

Note : As per provisional financial results

• Planning to upgrade the Pulp Mill along with Recovery area for the production of Pulp to 2,37,500 TPA against 1,82,500 TPAof at present.

• After stabilizingPM6, machine will be upgraded to increase production by 20,000 TPA.

• Up-gradation of DIP plant to get the brightness of 80+ and specks free pulp.

• Old Boilers & ESPs will be upgraded to enable power export up to 9MWfromcurrent export of 5MWpower.

On the new machine S.S. Maplitho Hi-Bright, various Copier Paper and Computer Paper grades will be produced and subsequent launches will be done.

Recently completed expansion programme with an investment outlay of Rs.1375 crores for increasing paper production capacity from 180,000 TPA to 320,000 TPA and co-generation of captive power capacity from 40.3 MW to 70.3MW.

• Extra income and alleviation of socio-economic condition of nearby farmer through purchase ofwheat straw locally.

• Converting the traditional Pulp Mill into a State of the art Fibre line by adopting the following :

– Modified Bleaching Sequence with an eye on solutions pertaining to environment and minimumuse of energy.

• Development of Social forestry by aggressive plantation in the nearby areas.

* Set back during 09-10 due to long shut downs of the plant mainly for unprecedented scarcity of water.

• Modern de-inking plant for PM1 has been imported from France

• Setting up a 400 TPD newsprint manufacturing facility at Balasore in Orissa involving a capital investment of Rs 500-crore. The project is expected to be complete within two years.

• Also decided to embark on a 600 TPD wood based pulp and paper project at Balasore. The project envisages an investment of Rs 2000-crore and will be implemented in two phases spread over a span of three-four years

Companies in the race to get the pace…

• Planted over 7000 trees at manufacturing units to balance the environment.

• Recycle and reuse more than 80% of water. Rainbow also has integrated effluent treatment plants. The residue sludge is then converted into boards.

• The fly ash – a residue of power generation is used to manufacture bricks.

• Imported two machines from Germany. One machine is already installed and the other one is under installation with a total capital outlay of Rs. 327 crores.

• Also planning to install Packaging Board machine in next financial year

• Adoption and building of over 125 toilets in 2 villages.

• Tailoring courses in 2 villages and formation of self help groups.

• Biomass Co-generation system is under progress to improve environment condition.

• Maplitho grades and copier paper are likely to be added in near future.

• Complete ban on plastic within the factory premises.

• Extensive use of CFL bulbs.

• Possibilities are being explored for ECF Bleaching and/or ozone treatment.

• In order to have better solid waste management, plans are afoot to go for lime kiln for lime sludge; and a brick manufacturing unit to utilize fly ash from power boiler.

• To get steam economy in evaporator plant, proposal for

Twin drum press for black liquor extraction is under consideration.

• Studies are being done to use chelating agent to reduce metal ions in pulp.

No. of Employees: 450 – Permanently Employed, 80 – Temporary Employed (including contractor labourers)

• Selection of Enders (FBR) process – Chemical recovery for incineration of black liquor which is more suitable for agrobased black liquor.

No. of Employees: 230 permanent employees

• POM Technology in Stock Preparation to save power and faster grade changes.

• Boiler Stack with ESPs is designed by Thermax to comply with CREP norms of Air pollution.

Going for value added products like Copier, High-end SSML and Coating Base paper. 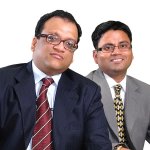 Emami: The Next Gen Show 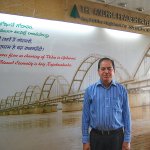