By creative use of a combination of advanced analytical and evaluation methods, Swedish scientist Jasna S. Stevanic has managed to reach a new level of understanding of the ultrastructure and of the polymer interactions in the cell wall of spruce wood. This research project, carried out at Swedish research institute of Innventia, can make way for development of new types of renewable materials e.g. for the packaging industry, as well as a more energy efficient production of newsprint.

Over the years, paper makers have tried a number of methods for pretreating wood chips to save energy in refining. Many scientists have also tried to figure out how the strong and durable wood fibre could be imitated to produce new types of renewable materials. One obstacle in both cases has been the extreme complexity of the wood fibre. The understanding on the interactions between the different kinds of wood polymers is still incomplete. In her research, Jasna Stevanic has used a number of methods, e.g. dynamic mechanical analysis, DMA, imaging FTIR spectroscopy and dynamic FTIR spectroscopy.

Dynamic FTIR spectroscopy in combination with dynamic 2D FTIR spectroscopy was used to examine how the lignin, protein pectin, xyloglucan and cellulose interact in the primary cell wall. The creative combinations of techniques being used proved very useful for studying molecular interactions in the complex polymeric systems of cell walls. By introducing minor stress to the material, and analyse the results with methods such as DMA and 2D FTIR spectroscopy, it proved possible to produce a complete map of the molecular interactions in both the primary and secondary cell wall. Based on the results, schematic pictures of the cross-linkages could be produced.

Imaging FTIR microscopy proved a very useful method in analysing the orientation of cellulose, glucomannan, xylan and lignin in the secondary cell wall.

New materials for the packaging market

Trying to build renewable materials for packaging, using wood fibre as the starting point, has been a goal for R&D within paper industry for a long time. Wood science, nano technology and other research areas have taken major steps forward, being close to the point where knowledge can be transferred into a number of new products. Maybe we are closing up on this point today.

It is known from earlier trials that a low degree of sulphonation has a positive effect on energy efficiency of the refining process, and that a negative effect will occur if the sulphonation is taken too far. Jasna S. Stevanic managed to show exactly why this is, and describe the mechanisms involved. This new and deeper knowledge may lead to the development of efficient industrial procedures to considerably lower the energy demand in refining.
Jasna S. Stevanic managed to show that with a low degree of sulphonation, selective reactions caused a weakening of the interactions between three pair of polymers: lignin and pectin, lignin and protein, pectin and protein. The treatment resulted in an increased softening and swelling of the material, and contributed to a looser bond between the primary wall and middle lamella.
This explains the reasons behind the noted energy savings from a low sulphonation. The explanation of the negative effect from a higher degree of sulphonation seams to be that such a treatment moves into the secondary cell wall, where it causes effects on the lignin which makes the wood chips more difficult to refine. The strength of the secondary cell wall is not depending on the same polymer interactions that are weakened by sulphonation.

Jasna S. Stevanic points to the fact that research in wood chemistry, nano technology and other material sciences now has advanced enough to be combined into common projects with the goal to produce new renewable materials with very interesting qualities. Jasna Stevanic work is also an example of wide cooperation, being largely financed by Formas Wood Wisdom NET and the Wallenberg Wood Science Centre, a research centre shared between the leading Swedish technical universities of Chalmers in Gothenburg and KTH In Stockholm.

Innventia is a leading R&D centre working with pulp, paper, graphic media, packaging and biorefining. Innventias aim is to translate research into innovative products and processes. Since April 2009 the name has been changed from STFI-Packforsk to Innventia. 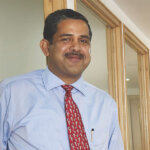 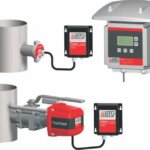