After the recovery in 2010 following the previous financial downturn, the indications are that paper and board production by the Confederation of European Paper Industries (CEPI) member countries fell in 2011 by close to 2% as the momentum of the revival was affected by the economic slowdown, particularly in the second half of the year.

With overall volumes continuing to remain some way below pre-crisis levels it is estimated that CEPI member countries produced around 95 million tons of paper and board in 2011. Paper production had reached 103 million tons in 2007 and decreased by 13% between 2007 and 2009 before increasing by over 8% in 2010.

Based on estimates it would appear that the performance of the CEPI countries in total during 2011 is similar to that of most of the other major paper producing regions of the world with the exception of South Korea and China, which have performed better.

It is estimated that world paper production has recorded a very limited growth in 2011, around 0.5%.

Through its 19 member countries (17 European Union members plus Norway and Switzerland), CEPI represents some 550 pulp, paper and board producing companies across Europe, ranging from small and medium sized companies to multi-nationals, and 1000 paper mills. Together they represent 25% of world production.

HCL to offer IT Services to UPM 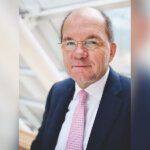