In 2017-18, India received Rs 2,395-crore worth paper imports from China. IPMA argues since paper industry is a huge value generator for rural population, the Union government should push up the tariff walls.

From the year 2011, paper imports have increased at a CAGR of 18 percent. The top industry players have urged the Centre to take remedial measures and impose either anti-dumping or safeguard duty to counter large amount of imports into the country.

The paper industry of India demands anti-dumping duty or any remedial measures from the Government in order to counter large imports into the country. USA and EU, the conventional markets for paper-manufacturers in China and Indonesia, have pushed up the tariff walls against dumping and India too needs to do the same, according to industry experts.

“Directorate general of anti-dumping & allied duties (DGAD) has initiated two investigations: One, on imports of uncoated copier paper from Indonesia, Thailand and Singapore in November 2017; and two, on imports of coated paper from China, European Union and United States of America in January 2018. In both cases, prima facie evidence of dumping was found to initiate the investigation by DGAD. We hope the process is expedited and anti-dumping duties levied on imports of these grades of paper from these countries,” said Rohit Pandit, secretary general IPMA (Indian Paper Manufacturers Association).

In both US and EU markets, anti-dumping and anti-subsidy tariffs have been imposed on import of paper to protect their domestic industries. Further, the economic slowdown in developed economies has led to significant excess capacity of paper and paperboard from China and Indonesia. Taking advantage of the low import duty rates in India; these countries find India as an attractive destination for diverting their excess inventory.

In 2017-18, India received Rs 2,395-crore worth paper imports from China. IPMA’s rationale is that since paper industry is a huge value generator for rural population engaged in agro-forestry, the Union government should push up the tariff walls.

In April-December 2017, imports of paper and paperboard from ASEAN and South Korea, with whom India has free trade agreements (FTAs) with imports allowed at nil import duty, have shown a massive increase of 73% and 83% respectively over April-December 2016. Imports from China have grown by 53% over the same period. While the main imports from ASEAN are of uncoated writing & printing paper, large volumes of coated paper is being imported from South Korea and China.

In the first nine months (April-December) of 2017-18, imports of paper in volume terms have jumped by 40% over the corresponding period in the previous year, on top of a year-on-year increase of 28% in imports in 2016-17 over previous year, according to data released by DGCIS. Imports of paper reached a peak of 1.47 million tonne in April-December 2017, as compared to 1.05 million tonne in the corresponding period of the previous year and surpassed 1.42 million tonne imported in the entire 2016-17. In the six year period from 2011, paper imports have increased at a CAGR of 18%.

“The cost of production of paper in India is much higher than that in competing countries due to the high cost of raw material and other inputs, as well as energy cost, in the country. While India is one of the fastest growing markets for paper in the world, the growth is increasingly being taken by imports,” says Saurabh Bangur, president, IPMA. 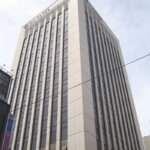 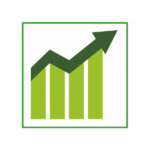 Paper Production to Touch 25 Million Tonnes of Production in 2019-20: ASSOCHAM