Hosted by Paper Merchants Association (PMA)-Delhi, the 58th Annual General Meeting of Federation of Paper Traders Associations of India (FPTA) will serve as an effective platform for concerns pertaining to the paper business in India.

The 58th Annual General Meeting of Federation of Paper Traders Associations of India (FPTA) Conference Press Meet was held at Constitution Club of India on 20th September, 2019 in New Delhi. The press meet witnessed participation from various dignitaries from the paper industry across India; including representatives from paper traders, paper mills and media professionals.

The agenda was to explore and discuss various issues related to the paper industry ahead of 58th Annual General Meeting of Federation of Paper Traders Associations of India to be held from September 21 to 23 at New Delhi. The dignitaries reviewed the existing status of the industry, discussed future challenges and shared inputs on the emerging business scenario for the coming years.

During the interaction with the media, the dignitaries voiced their concerns about the issues related to the GST, import duty, HSN Code, trade and insisted on a quick and suitable resolution of the problems that Indian paper industry had been facing.

The association also expressed its support to the ban on single-use plastic and assured to innovate and bring in products made of paper in alternative to plastic. 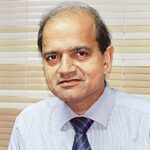 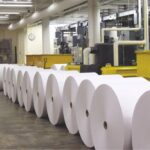