Perhaps we can finally say goodbye to those simplistic “Go green, go paperless” promotional campaigns. There’s nothing particularly green about the massive data centers that store the internet’s data, The New York Times revealed after in-depth investigation. Data centers waste electricity and spew pollutants in a way that “is sharply at odds with its (the information industry’s) image of sleek efficiency and environmental friendliness,” the lengthy but clearly written “Power, Pollution, and the Internet” says.

“The industry has long argued that computerizing business transactions and everyday tasks like banking and reading library books has the net effect of saving energy and resources.” But data centers use more electricity than the paper industry, according to the The Times.

Among other highlights of the article:

• “Most data centers, by design, consume vast amounts of energy in an incongruously wasteful manner, interviews and documents show. Online companies typically run their facilities at maximum capacity around the clock, whatever the demand.”

• “The pollution from data centers has increasingly been cited by the authorities for violating clean air regulations, documents show. In Silicon Valley, many data centers appear on the state government’s Toxic Air Contaminant Inventory, a roster of the area’s top stationary diesel polluters.”

• Data centers use “only 6 percent to 12 percent of the electricity powering their servers to perform computations. The rest was essentially used to keep servers idling and ready in case of a surge in activity that could slow or crash their operations.”

• Most of the data are created by consumers. “With no sense that data is physical or that storing it uses up space and energy, those consumers have developed the habit of sending huge data files back and forth, like videos and mass e-mails with photo attachments.” 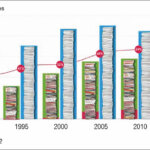 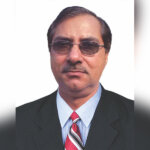