The European paper recycling rate reached an impressive 70.4% as announced by the ERPC (European Recovered Paper Council) in their annual monitoring report. The report shows that the total amount of paper collected and recycled in the paper sector remains stable at 58 million tons, the same as in the previous years, but with an increase of 18 million tons since 1998, the base year for the first voluntary commitment the paper value chain set itself for increasing recycling in Europe. Since 2000 the recycling rate has increased by 18% points due in part to the excellent work of the ERPC.

A new reporting format includes more indicators in addition to the volumes and recycling rate. For example, the number of European countries exceeding a 70% recycling rate going up to 13, whereas 12 EU countries still have under 60% recycling rates for paper, indicating further potential for increasing paper recycling in Europe. The number of cycles a paper fibre goes through in the loop reached, on average, 3.4 (compared to the global average of 2.4).

In addition to the quantitative progress, a lot of qualitative work has been done to establish an ecodesign towards improved recyclability and in the area of waste prevention. The results include pioneering work to give recycling solid and scientific support, such as the adoption of scorecards to assess the recyclability of paper-based products. 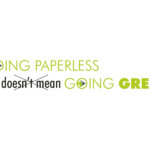