JK Paper plans to invest around INR 150 crore to set up a corrugated packaging paper manufacturing unit at the Cycle Valley in Ludhiana.

Welcoming the JK Group on its entry into the state with a planned investment of INR 150 crore, Punjab Chief Minister, Mr. Amarinder Singh handed over a letter allotting 17 acres of land at a cost of around INR 40 crore in the Hi-Tech Valley at Ludhiana.

As reported in a leading daily — JK Paper is planning to set up a corrugated packaging paper manufacturing unit in the Cycle Valley.

Chief Minister Mr. Amarinder Singh assured JK Group of his government’s total support in the venture and expressed hope for more investments in the future.

He further assured the group of complete cooperation from his government in setting up their unit and also during commercial operations of the project.

JK Paper will initially procure raw material, which is waste paper, from different parts of the country and supply finished goods, which is corrugated packaging paper, to industries in Punjab and other neighboring states. It will also provide a fillip to the waste paper industry ecosystem in the state, helping Punjab achieve its sustainability goals.

JK Paper is also looking forward to start construction of its proposed plant at the earliest and commence commercial production within one year — according to the reports.

”Invest Punjab”’ programme, as a one-stop-shop, has seamlessly facilitated investments worth INR 91,000 crore in over 2,900 project proposals received by the state in the past four years,

Punjab, due to its pro-investor industrial policy and lucrative incentives, has now emerged as the most preferred investment destination in the country. 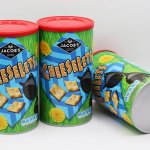 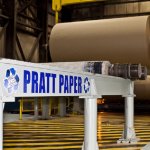