The construction work on the 450,000 sq ft mill would begin in March in the next year and the startup of the mill is scheduled in 2023.

Pratt Industries announced it would invest USD 400 million in a new 100% recycled paper mill in Henderson, Kentucky. This represents the largest single investment by the company in its history and will create more than 320 full-time jobs plus an additional 700 in the construction phase.

“It will be the world’s most advanced, environmentally-friendly 100% recycled paper mill,” said company owner and executive chairman Anthony Pratt. “And it means Pratt Industries will have built 6 of the last 8 paper mills in the United States.”

The construction work on the 450,000 sq ft mill would begin in March in the next year and the startup of the mill is scheduled in 2023.

“Our focus is all about the rebirth of the great American manufacturing capability, especially in regional America,” said Pratt.

In a separate project, the company has also announced it would build a 700,000 sq ft corrugated box factory adjacent to the mill. The construction on that phase is slated to begin no later than 18 months after the mill is completed, and become operational in 2026.

He further added, “And this investment represents another example of our commitment to building America’s green infrastructure, including clean energy. This creates high-paying, highly-skilled green-collar jobs in communities like Henderson and Hebron where we already employ almost 200 Kentuckians at our corrugated display factory.” 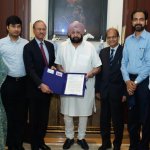 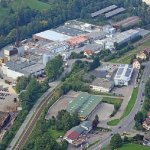