Papcel Files for Insolvency Due to High Debts - Papermart
FacebookTwitterLinkedinYoutubeEmailWhatsapp

According to David Dostál, Papcel was practically paralyzed by shareholder disputes for a significant part of last year.

Papcel, a Czech paper and papermaking machines manufacturer has filed an insolvency petition.
As per the media reports, the Litovel-based company filed an insolvency petition due to high debts. The court has already initiated insolvency proceedings with the company. The company’s management has estimated the debts at CZK 418 million, it results from the insolvency register.
David Dostal, chairman of the Board of Directors, said the company was in bankruptcy due to insolvency. According to him, several years of disputes with one of the foreign customers have undermined banks’ confidence. The Company is said to have negotiated contracts worth several hundred million crowns, which, however, due to the distrust of banks is unable to execute.
“The company filed an insolvency petition within one month of stopping payments to avoid liability for creditors in the event of failure to file it,” lawyer Bystrík Bugan of Bugan Legal told E15.cz, which pointed out the petition.
According to Dostál, Papcel was practically paralyzed by shareholder disputes for a significant part of last year. 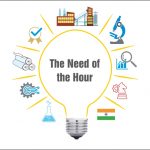 The Need of the Hour 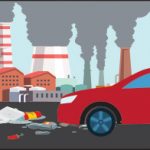 Welcome to the new world!