Imports from ASEAN countries have grown at 24.54 per cent a year to 344,700 tonnes in 2016-17. “The conventional markets for Chinese and Indonesian exporters are the US and the EU. In both these markets anti-dumping or anti-subsidy tariffs have been imposed on import of paper and paperboard to protect their domestic industries,” Rohit Pandit, secretary-general, Indian Paper Manufacturers Association (IPMA) was quoted as saying in a leading national daily.

India has 15.2 million tonnes of paper and newsprint manufacturing capacity, which is not fully utilised. The mill-delivered cost of wood in India is $30-40 more per tonne than in other Asian countries.

“Under the India-ASEAN free trade agreement, import duties on almost all tariff lines under paper and paperboard have been progressively reduced. From a base rate of 10 per cent, the basic customs duty came down to nil with effect from January 2014. Under the India-South Korea agreement, the basic customs duty has been progressively reduced and will be nil with effect from January 2018,” Pandit said. 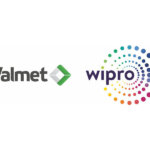 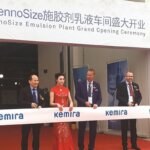