Paper and board production by CEPI member countries fell by around 1.3% in 2013 according to preliminary figures. Total production in 2013 was around 91 million tons, over 11 million tons lower than the peak total paper production of 102 million tons in 2007. Mill and machine closures in the EU27 in 2013 amounted to 2.4 million tons whilst new capacities or upgrading of existing ones reached 1.6 million tons. While the EU27 have registered a 1.3% decrease in production, US and Japanese production has stagnated, in contrast with South Korea and Canada where production rose by over 3%. A moderate growth – between 1.5% and 3.0% – has been observed in emerging countries, China, Brazil, India and Russia.

According to early estimates, world paper and board production has increased by 1% in 2013 after a 0.2% increase in 2012.

Hygienic paper manufacturers are estimated to have seen a rise in output of just over 1% when compared with 2012 and accounted for 7.7% of total production. Output of all other grades of paper and board – mainly for industrial and special purposes – decreased by 1.8% (4.5% of total production).

Total pulp production falls by around 1.8% but market pulp output increases by over 4%

Utilisation of paper for recycling increases by around 0.5%

It is estimated that utilisation of paper for recycling by CEPI members increased by around 0.5%. The fall of the graphic paper sector demand, was offset by the more positive development in the packaging paper and board sector.

Paper and board deliveries by CEPI countries are expected to decrease between 1.5% and 2.0% compared with 2012

Based on the cumulative data up to the end of the third quarter of 2013 it is expected that total paper and board deliveries for the year will have fallen by between 1.5% and 2.0% when compared to 2012. By the end of September 2013, deliveries of graphic grades had decreased by 5% whilst deliveries of packaging grades rose by just over 2%.

Preliminary indications are that imports of paper and board into the region appear to have decreased between 4.5% and 5% over 2012. Imports from other European countries accounted for 40% of all imports in the first three quarters of 2013 (40% 2012) and imports from North America had a share of 33% (34% in 2012), with the remaining 27% split virtually equally coming from the other regions (Latin America, Asia and the rest of the world).

Overall paper and board consumption estimated to fall between 1.0% and 1.5%

It appears that the overall consumption of paper and board in CEPI countries in 2013 decreased between 1.0% and 1.5% when compared to 2012, based on the latest data available. Real GDP in the EU has been increasing since the second quarter of 2013 and survey-based confidence indicators show a continuation of the gradual recovery in economic activity. After a stagnant 2013, EU GDP is forecasted to grow by 1.4% in 2014 and 1.9% in 2015. 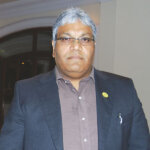 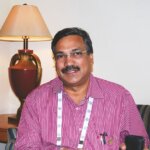 “I have been working at ITC for the last thirty-four years but, thanks to its open work culture, I still feel so fresh-as if I had just joined the company”