As part of EUR 134 million investment plan, the new recovery boiler will increase the profitability and sustainability of the mill.

Global packaging company Smurfit Kappa has marked the beginning of the rebuild of a recovery boiler with a ground-breaking ceremony at its Nettingsdorf Paper Mill in Austria. The ceremony, which was the latest milestone in Smurfit Kappa’s Future Energy Plant project, was presided over by the Governor of Upper Austria and the Mayor of Ansfelden.

The new recovery boiler will increase the profitability and sustainability of the mill and is part of a EUR 134 million investment in Nettingsdorf. The boiler will enable the plant to further boost energy optimisation at the mill, which has already seen a 34 percent increase in productivity since becoming part of Smurfit Kappa in 1995. By recovering energy from the biomass contained in black liquor from pulp production, the new boiler is set to cut CO2 emissions by 40,000 tonnes, which equates to about two-thirds of the current emissions at the site, and 1.5 percent of those from the whole Smurfit Kappa Group.

Over the next two years, the Future Energy Plant project will also involve developing a new steam turbine, as well as several extensions and adjustments to upstream and downstream plants.

Founded in 1851 and with over 360 employees, Nettingsdorf is one of Smurfit Kappa’s most efficient paper mills and one of the leading producers of kraftliner in Europe. The mill produces approximately 450,000 tonnes of paper annually and has an excellent health and safety record. 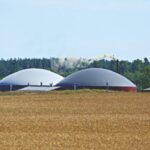 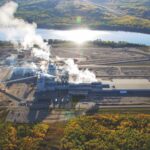 Nippon Paper to Sell Its Interests in Daishowa-Marubeni International