The cash consideration for the divestment of assets is approximately EUR 240 million.

Stora Enso has signed an agreement to divest the key assets of its Suzhou Mill in China, including the land-use rights and buildings, to the local government of Suzhou National New & Hi-tech Industrial Development Area (SND). During its 20 years of operation, the city of Suzhou has grown around the mill, making it difficult to develop and continue industrial operations at the current site. The cash consideration for the divestment of assets is approximately EUR 240 million.

Production is planned to be stopped during June 2016 and the transaction is expected to be completed in the fourth quarter of 2016. Operational profitability of the mill is close to break even so the transaction will not have a material impact on Stora Enso’s operational EBIT going forward.

“Suzhou Mill is a recognised high quality paper producer with an established customer base. However, the mill only has one paper machine and it will no longer be competitive after the emergence of larger-sized mills in the Chinese market. The location of the mill in the middle of a large city is not favourable for paper production,” says Kati ter Horst, EVP Stora Enso’s Paper division. 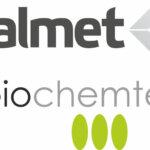 Valmet and Biochemtex Join Hands to Derive biochemicals From Lignin