The Istanbul Congress Center once again played a host to Tissue World Istanbul, a full-fledged trade show which took place from 27-29 September 2016. Over the 3 days, the event was a gateway to the growing tissue industry in Eastern Europe, Russia, CIS, Middle East, Central Asia and Africa. It first started in 2014 with a conference, following the feedback and support of leading tissue industry players, a full trade show was launched.

Strongly supported by the regional tissue industry, the show floor featured leading tissue manufacturers and industry suppliers which accounted for over 40% of the regional tissue business. The exhibition show floor gathered 52 exhibiting companies, including a wide range of tissue industry suppliers, tissue manufacturers and converters. Being a huge tissue producer and leading role in the MENA region mainly thanks to its strategic location, Istanbul is the ideal meeting point for the local and international players. 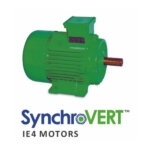