Paper Excellence (PE) to continue its buying spree in Canada

May 1 happened to be the day that Paper Excellence’s fourth B.C. acquisition – the Tembec Inc. (TSX:TMB) pulp mill in Chetwynd – went back into production for the first time since it was idled in September 2012.

PE has invested hundreds of millions of dollars in Canadian pulp mills to become the second-largest pulp and paper producer in Canada. While other forestry companies have shut down mills in Canada in recent years, Paper Excellence has been on a buying spree. Of the 10 mills it owns worldwide – including three in Europe – seven are in Canada, four of them in B.C.: Howe Sound Pulp and Paper, Skookumchuck, Mackenzie and Chetwynd.

The company’s owner, 35-year-old Jackson Widjaja, who lives in Vancouver, doesn’t give interviews, and up until May 1, the company’s deputy CEO, Pedro Chang, had not spoken publicly about the company’s investments in B.C. and the rest of Canada. Chang said the company is in Canada for the long haul.

While there is a family connection between PE and APP (Jackson Widjaja is the son of Teguh Widjaja, chairman of Sinar Mas Group, which owns APP), Chang stressed that PE is not a subsidiary of either company.

It is 100 percent owned by Jackson Widjaja, and the company is headquartered in Richmond. About 100 people work out of the Richmond headquarters. It employs more than 2,000 people directly across Canada, with mills in B.C., Saskatchewan and Nova Scotia. 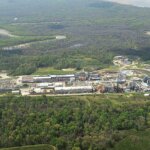 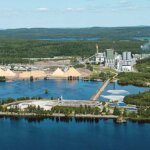 Metsä to Build a Next-Generation Bioproduct Mill in Äänekoski